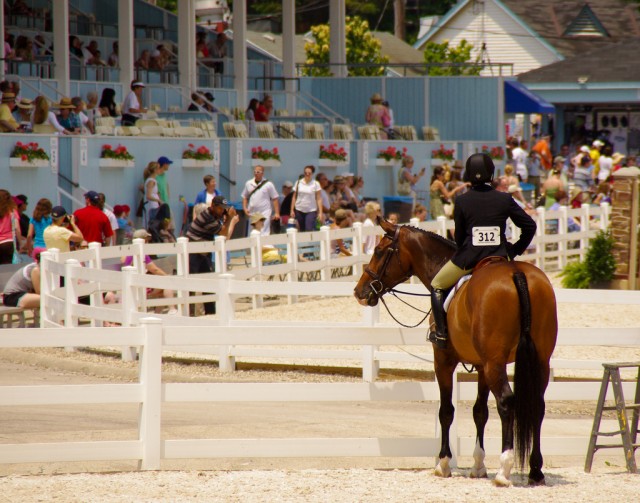 Controversy and rumors are swirling around one of America’s classic horse shows. What does the future hold for the beloved Devon Horse Show?

The Devon Horse Show and Country Fair has been an institution both on the equestrian scene and among the society circles of the Philadelphia suburbs. Since 1896, the event has attracted elite riders and spectators while raising large funds for the local Bryn Mawr Hospital. It’s a unique event–on any given day in the show’s two-week schedule, you can sit in the grandstands at the beautiful Dixon Oval and watch gaited horses, fine harness coaches and Grand Prix jumpers and never have to leave your seat. Complement the horse show with a stroll through the old-fashioned country fair complete with shopping, art gallery and finger sandwiches and you’ve had the Devon experience. But recent and abrupt changes to Devon’s leadership and board have the future of the horse show looking suddenly murky.

The show’s new-for-2014 president Sarah Coxe Lange made big promises when she was elected: changes to streamline the board (which had 52 members at the time), the attraction of new, younger volunteers to keep the show operating, the establishment of an endowment (to the best of our knowledge, the only such endowment for a horse show in the country) and renewed fundraising efforts. Even better than just making these promises, Coxe Lange actually fulfilled them: Devon had a record year for fundraising in 2014 and gave the first installment of a $2 million donation to the hospital. The future of Devon never looked brighter.

And then, seemingly out of the blue just before Christmas, while Coxe Lange and then-board chairman Henry Lafayette Collins III were tied up out of town, the board called an emergency meeting. When the meeting concluded, Coxe Lange and Collins had been ousted from leadership, replaced by Richard O’Donnell as president and Wayne Grafton as chairman.

The board and its new leadership are tight-lipped about the change, especially considering that an election meeting was already scheduled for mid-January in 2015 anyway. No one seems to have a good reason for the unannounced emergency meeting or the leadership switch, which means that a number of rumors have cropped up in place of the truth. One such rumor states that the leadership change represents a century-old struggle between the horse show side of the board and the country fair side of the board–power now rests with the country fair faction. Another more sobering rumor suggests connections between O’Donnell and Grafton with land developers in the area, who have had their eye on the fairgrounds property for years (Devon lies smack in the middle of prime commercial territory in Main Line, Pennsylvania and is surrounded by businesses and dense residential zones). Some rumor mills believe that the show will be moved out into less-developed country, perhaps near Gettysburg.

The new leadership promises that there are no plans to move the show or develop the land. Promises have been made in print to address the rumors in coming weeks–but until then, no information seems to be forthcoming about the changes in leadership or the future of the classic horse show. With Devon 2015 just five months away, time will tell.