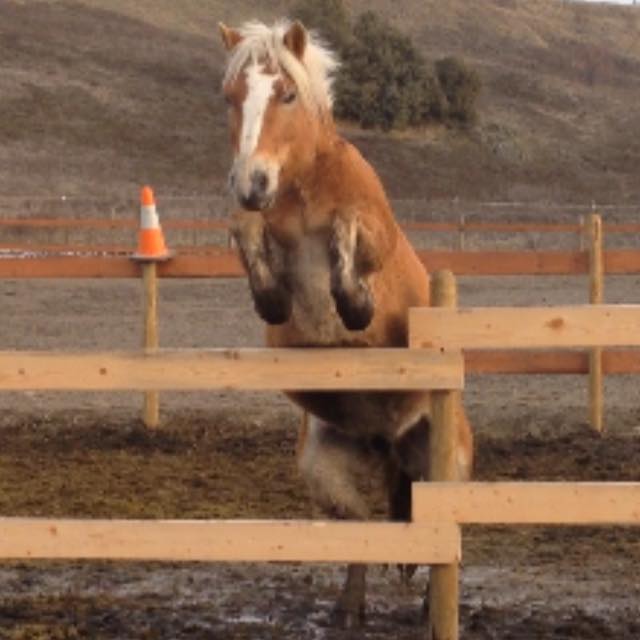 Where there’s a will, there’s a way. Especially if you’re a “brat” pony.

Explains owner Barbie Relick in the video description: “She is extremely overweight and out of shape. I have owned her for about three weeks now, she has only ever been a broodmare and I am just starting her saddle training now, which is going well. She wanted to be with the original horses I put her with when she arrived and not the group of ponies that I moved her with. My boarder told me she jumped the fence and I didn’t really believe it, so I moved her again, an hour later she was back in the original pen, so I moved her again and this time watched and had the video ready.”

Don’t ponies always get their way in the end? Go ponies, and Go Riding!

Shout-out to Sara for the head’s up!