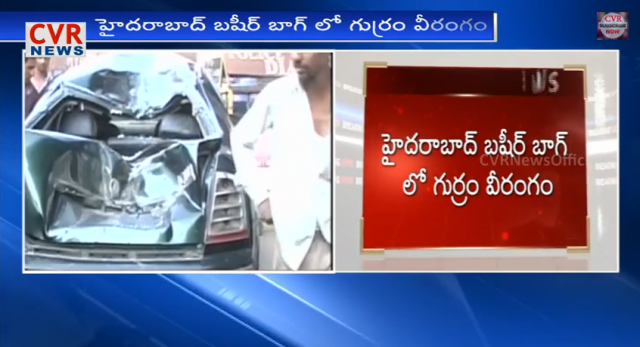 Or, why you shouldn’t let your horse out for a night on the town.

In a strange (though not unprecedented, as a Youtube search of “horse destroys car” will show you) incident, a Skoda Octavia sedan in India was totaled on Saturday when a horse leapt on top of it and kicked in the windows. No people were injured, and since the horse fled the scene by the time police arrived, its owner has not been identified or charged. No details have been released regarding any injuries to the horse…but looking at the car, it’s unlikely to have emerged unscathed:

“It all happened within minutes,” according to an eyewitness.

More info has not yet been released. Hopefully the horse is found soon!