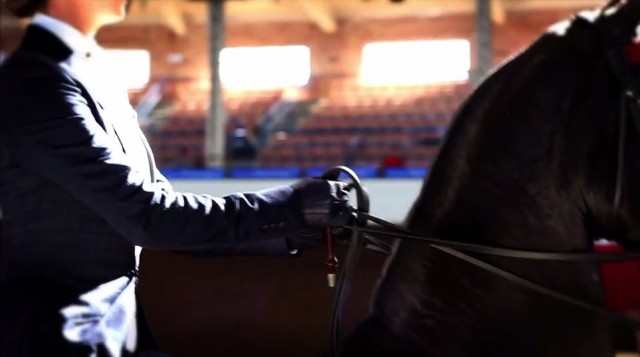 Lindsay Shearman takes us behind the scenes of the NHS “Good Hands” Finals, held in October at the Mid-America Mane Event in Springfield, Illinois.

Lindsay is a NHS “Good Hands” Finals committee member, director on the Mid-America Show Horse Association Board of Directors and co-founder of The Jodhpurs Company. She’s a longtime Saddle Seat Equitation enthusiast who began riding at age 9 and is now a dedicated ambassador for the sport. Saddle Seat is an elegant, fascinating style of riding (and harder than it looks!) that we don’t cover often enough here on HN and we are grateful to Lindsay for reaching out.

Let’s face it: there’s about a bajillion (yes, I counted, it’s a bajillion) different divisions, industries, breeds, and styles of riding you can get into and, surprisingly enough, they are all created equal! That’s right, each and every sport that involves a horse is awesome and worth participating in, but as a rider myself, I’d be remiss if I didn’t give a little extra attention to my first equine industry love: Saddle Seat.

If you aren’t aware, Saddle Seat tends to have a heavy focus on the American Saddlebred, one of the most versatile horse breeds around. Each year, athletes training with the dedication of Olympic swimmers are challenged to compete in three separate National Championships/Finals in the division of Saddle Seat Equitation, which, just like in horse racing, make up the Triple Crown. Saddle Seat Equitation, being a division based purely on form during rail work, and the execution of your given pattern, takes the grace of a dancer, the athleticism of…. well an athlete, and the horsemanship of the most seasoned riders out there.

This year, I served on the NHS “Good Hands” Finals committee, and during the final at MidAmerica’s Mane Event Horse Show, we strived to create a modern event that promotes the sport, and highlights the grace and athleticism of one of the oldest divisions in Saddle Seat — Equitation:

In going through the film and trying to choose just a few scenes to emphasize, there are 3 things that everyone should know about equitation, that you probably didn’t know before:

Equitation creates some of the most unbreakable bonds.

Whether it be between horse and rider, rider and trainer, or rider and competitor, equitation manages to promote friendships and sportsmanship in some of the most unlikely places. While Jessica Wuesthofen, the 2013 Triple Crown Winner, said in the video that she drew away from her friend group to focus, she came away from her years as an equitation competitor with some of the closest friendships (with her horse Ch-Eq Chanti’s Prayer, and her fellow competitors) she has experienced to date.  Two barn mates competing in this year’s final are shown hugging as they both find their names on the list of Top 10 competitors, making the final cut together. In whatever form those bonds are built and shown, they are strong and shatterproof.

Equitation can make you emotionally and physically stronger than you ever expected.

Equitation continually puts its athletes under the type of pressure that could create diamonds  It can be heartbreakingly unfair at times. The perfect ride can mean nothing if you pick up the wrong lead during your pattern, and all you’ve been training for seems to be out the window or down the drain, but all of that pressure, heartbreak, disappointment, and practice will not only give you a heart of steel, but it will give you legs of steel! Equitation training = No-Stirrup November 24X7!

The definition of “Equitation” is “the art and practice of horsemanship and horse riding.

And it is absolutely all of that and more. Equitation is an art. It’s as beautiful as dressage, as poised as the astonishingly high jumps effortlessly cleared by the best of show jumping, as exact and homegrown as a roping competition, and as heart pounding and exciting as any thoroughbred race.

While many breeds and divisions practice equitation in some form, I encourage every equestrian to take a closer look at the young competitors of Saddle Seat Equitation, and maybe pop themselves into a English cutback saddle and onto an American Saddlebred.