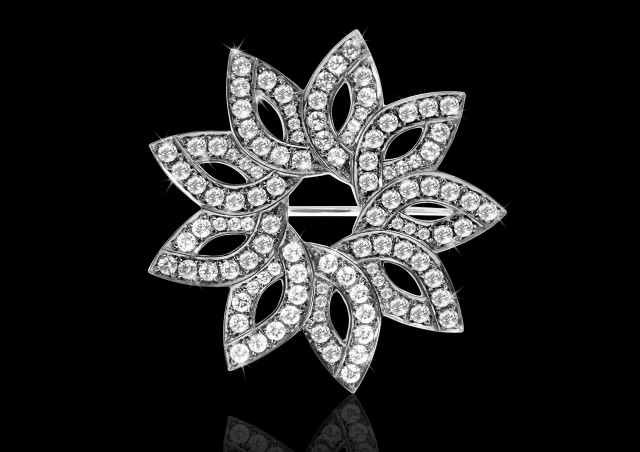 The FEI honored her lifetime of equestrian activism.

FEI President Princess Haya presented Queen Elizabeth II with the first-ever FEI Lifetime Achievement Award at a ceremony in Buckingham Palace this week. The location had a special significance, as the Queen began her lifetime of loving horses with a riding lesson at the Buckingham Palace Mews 84 years ago.

Elizabeth at age 4 on her first pony, Peggy. Source: The British Monarchy

“She is a true horsewoman, who still rides whenever State business allows, and her knowledge of breeding and bloodlines is incredible, said the HRH Princess Haya when presenting the award on behalf of the FEI, “The bond between The Queen and horses is truly extraordinary and I can’t think of anyone more fitting to receive this very special FEI award in the Year of the Horse. I am very proud to be giving this award on behalf of the FEI family.”

The award itself is a white gold brooch with a circle of nine intertwined diamond horseshoes.

The old Winston Churchill quote “There is something about the outside of a horse that is good for the inside of a man,” certainly holds true for the Queen and many other members of the royal family. The Prince of Wales, Prince Charles, Prince William and Prince Harry all play polo. The Queen’s husband, Prince Phillip, the Duke of Edinburgh, drove horses and served as FEI President from 1964 – 1986 until their daughter Princess Anne became the first in the royal family to compete at an Olympic level, and took the reins as FEI President for an eight-year term. The Queen’s granddaughter Zara Phillips (daughter of Queen Anne and Capt. Mark Phillips) continues as an Advanced-level eventer today.

According to the Queen’s cousin Margaret Rhodes, “When she became Queen, she had to sacrifice an awful lot of emotions and thoughts of the future, but with horses it’s another world in that it reduces you to just the person in relation to the animal, and you’re not a Queen, you’re just a human being.”

I think we can all relate to that!