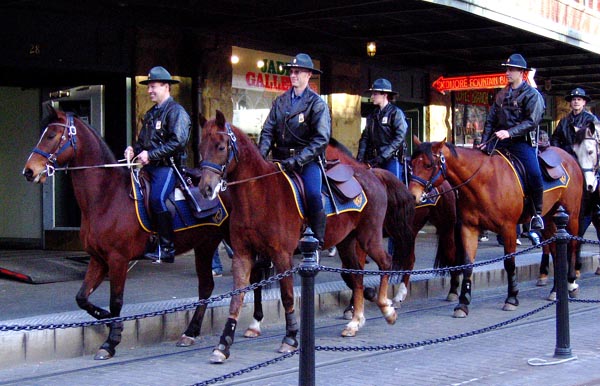 Police horses sustained some injuries when a drunk man let them loose on the streets of Portland.

At first reports speculated that the stunt may have been an act of protest, since a demonstration against the grand jury decision in Ferguson, Missouri was happening simultaneously…but nope. Miller was just black-out drunk, on his way to catch a bus, when he broke into the stable through a window and let the horses loose. He has little recollection of the night.

“I remember seeing horses and petting the horses,” he said.

Who knows what happened in his drunken blackout. I prefer to imagine that it went down something like this Portlandia sketch:

Whatever happened, Portland police are taking security steps to make sure it doesn’t happen again, and Miller has pledged to seek help to get his life back on track.