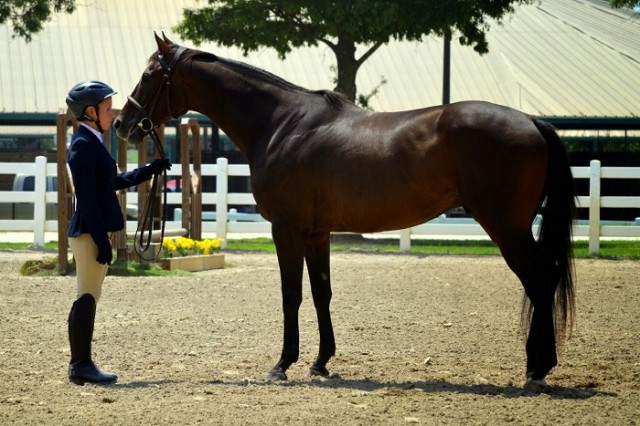 When it comes to training, Catherine Ford argues, the goal isn’t to get along with your horse at all times. Sometimes, you have to lay down the law: “If you believe 100% positive will work at all times, move to Disney and get one of their horses.” Do you agree?

It’s not so much what we do, it’s how we do what we do. And all you are trying to do is get this horse to where you can operate the life in his body, through his legs to his feet, through his mind. The mind might come last because he don’t understand. But you have to give him space to learn. So it’s got to come from US to the horse. And what is your responsibility? It’s no different than raising a child. So this horse is running over you, walking on you, doing things you don’t want. Why would you let him do that? Who is the instructor? Who is the teacher? Who is taking care of this outfit?” — Ray Hunt

There’s been polarity in the horse world over many things: blanketing beliefs, ‘natural’ hoof care and training practices are just some of them. Luckily, most of us acknowledge that there is no such thing as one size fits all for any of these. If a horse needs shoes, put them on. If a horse doesn’t need a blanket, don’t use one. And if the training methods you are using don’t fit the situation the horse is giving you, change.

I am generally considered a positive trainer. In the dog world, my training was anti-choke chain, teaching based. I firmly believed that if you take the time to teach the behavior you want, the dog would generally chose it. Other training that centered on waiting for the dog to mess up, then correcting, I didn’t feel taught the dog and often created a frustrated animal and fear/aggression issues.

Correction based training also made a huge gap in what people considered trainable breeds and those that weren’t since some dogs were naturally more resistant to pain and less inclined to work with a partner. The way I trained, they all learned.

However, there were circumstances when a dog’s world needed to come crashing down. They were few and far between, but I wasn’t afraid to go there if that’s what the dog needed. I once worked with an aggressive dog who removed his owner’s nose. Literally. There are times escalating was necessary to save the dog’s life and protect a human’s.

I believe the same with horses. If you’ve read my blog over the years you already know how much I like Buck Brannaman and Tom Dorrance. I believe in their understanding of horse behavior, their means of teaching instead of terrorizing are exactly what I did in the dog world. Trust is important with your horse. Understanding what it is you are asking is important with your horse.

That being said though, there are circumstances when positive training needs to go beyond “getting along with the horse at all times.” There are times when a horse’s world needs to come crashing down. Horses kill people and dangerous horses are quickly put down no matter how much you love them.

A brief history on Bandon: Bandon came to his last racing owner labeled dangerous. He would literally try and kill people in his stall. The owner fixed his painful teeth, worked with him, and out came his soft natured puppy dog personality. However, if overly corrected, Bandon has no trouble switching his brain back to kill-or-be-killed. We tend to try and encourage the good and not nit-pick him on some of the mild bad stuff.

With me, Bandon takes a correction well. I hate that expression, “takes a correction.” It brings to mind a horse standing there being beaten and just taking it. What it means though is that if I correct him for being a punk, with an appropriate level of force for what he did wrong (and my timing is good) he gets it. He doesn’t fight with me about it and usually straightens up pretty quickly.

Back to Friday, Bandon is girthy (yes I start with a loose girth, yes I slowly tighten it over a span of like 10 minutes). He likes to swing his head and snap in the air when you do his breastcollar and girth. If you raise an elbow in his direction or even say something, he’ll stop, but he always does it a few times.

Bandon’s world immediately came crashing down, incredibly hard. It did not leave him with wounds of any kind and then it was over.

As I stood in the middle of his stall, he was pressed against the back wall, looking at me. Then he dropped his head so low his chin nearly touched the shavings as he chewed submissively looking at my legs.

I went back to work without a word and Bandon stood, still loose, not moving a muscle while I cinched his pad. We were back to us again and it was done.

I believe for a correction to work a few things have to be right: It has to be timed perfectly. It has to be fitting to the crime. It does NOT have to be free of anger. Natural horsemanship gets caught up a lot in “don’t act in anger.” It’s totally OK to act in anger, just don’t let it carry you past what is fair and reasonable for the crime.

Could I have handled it different? Yes. Obviously I should have handled his warning air snaps over time with more seriousness than I did and the bite would have probably been prevented in the first place and no escalating would have been necessary. Should I have handled the actual bite differently? I don’t think so. Biting, running over my space, and kicking are not tolerated. Period. Horses are too big and capable of too much harm to allow anything like that to be addressed in a way that is softer than how horses kick and bite each other to get a serious point across.

I know this is a touchy subject for a lot of people and I don’t have all the answers. In a few years I might think there was a better way than what I do now. I do know two things for sure:

1) You can always be MORE harsh/escalate if you were too soft but it is awfully hard to fix things broken by too much harshness in the first place.

2) Without boundaries positive training simply creates a beast with no regard. If you believe 100% positive will work at all times, move to Disney and get one of their horses.

Republished with permission from Catherine’s Horses of Seven Hearts blog.