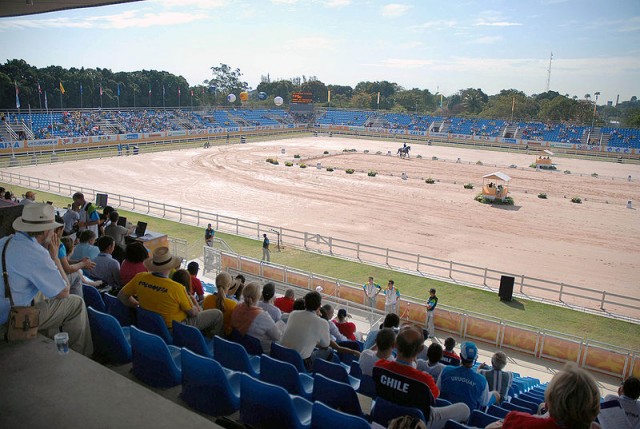 Rio 2016 ticket prices have been announced, and the volunteer application deadline has been extended.

“All within the U.S. Equestrian Teams that will be travelling to Rio in 2016 hopes that as many Americans as possible volunteer to work at Rio,” said Will Connell, USEF Director of Sport. “It is always comforting to see a friendly face during high-pressure competitions, such as the Olympic and Paralympic Games, so we hope that we will see many Americans in Deodoro, where the equestrian events will take place in 2016.”

The deadline to apply online at http://www.rio2016.com/volunteers/ has been extended to December 15, 2014. Volunteers must be over 18 by February 2016, and must be available to work for 10 days during the Games. In exchange for volunteering, you receive free food, transport, gifts, and a certificate of completion…but unfortunately, free tickets are not guaranteed. Bummer—at least the equestrian events have relatively reasonably-priced tickets.

At current exchange rates, one Brazilian real converts to USD $0.40, so here’s how that breaks out:

Not chump change, but certainly not as much as other Olympic events–the top-tier seats for opening ceremonies would set you back $1828.81, and the best seats for beach volleyball go for $477.88. So for once, an equine event is actually a comparative bargain!

Are you planning on going to the Rio Olympics as a volunteer or spectator of the equestrian events?