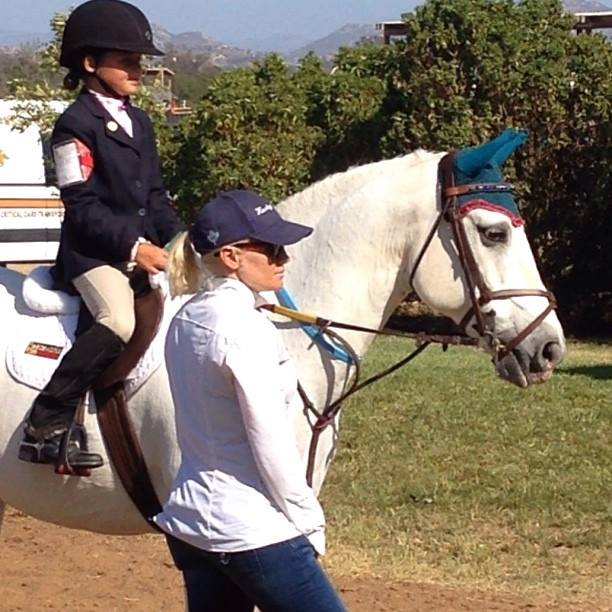 Taylor McFall and her dream pony, Prince, are together at last.

Earlier this year, Taylor McFall launched her own fundraising campaign with the intent to purchase her leased pony, Kilbarry Prince. After several months of hard work, Taylor has spoken with the owner of “Prince,” who has agreed to sell the pony to her using the funds she’s raised over the summer.

Taylor McFall met her first love early this year in the form of the 12-year-old Connemara gelding. The pony was leased to Taylor by owner Leslie Lee, with the lease ending in November of this year.

“I didn’t know (Leslie) very well, so I called and told her that Taylor was interested in purchasing Prince, but I wasn’t sure what to expect,” mother Jen McFall said. “Taylor did everything, she worked very hard and made the call to Leslie herself to offer her money to buy her pony.”

The conversation was a success, as Leslie told Taylor how impressed she was with the fundraising and agreed to sell the pony to her. “I was really nervous right before I made the call,” Taylor explained. “But once I was on the phone, I just went into business mode or whatever it is that I do, and I listened to (Leslie) and promised her that I would take really good care of him and that he would have a home with me forever.

“As soon as I got off the phone, I ran straight to my mom and gave her a big hug, and then I ran out to ride Prince. I gave him some extra grain and took him back to his pasture, and I just stood there watching him because I was so happy and I couldn’t believe that I did it. I guess I have to go and get a lot of thank you cards now!”

Now that Taylor officially owns Kilbarry Prince, she plans to continue working towards some of her competition goals. “I’ve been thinking a lot about what I want to do, and we’ve been doing Novice and getting better,” she said. “I’d really like to do the Novice Three Day at (Rebecca Farm) next year, and by the end of the year I’d love to be doing Training level.”

Earl and Jen McFall wanted Taylor to learn the value of hard work through this venture. “She really found that hard work can make dreams come true,” Jen said. “I think she really understands the value of a dollar, especially with working all summer and still seeing how much she still had to earn.

“We had a lot of conversations about it, and we knew that she may not earn enough to buy Prince, so we talked about what she would do with the money she earned. We talked about using it for lessons or shows, and she’s always loved animal rescue so she wanted to donate some of the money. But she really gets it, and it just makes you love what you have that much more when you’ve worked that hard to get it.”

Taylor says she’s happy to have had the experience work out, and she’s learned some valuable lessons. “I worked long hours making Pony Puffs and putting them in bags, and at shows I spent half of my time walking around selling them to people,” Taylor said. “I think I learned that I want to stay a kid forever because being an adult seems like a really hard job!”

Taylor and Prince are a part of Team Fleeceworks, and one of their favorite items is the Fleeceworks Sheepskin Classic Halfpad. This pad is versatile enough to use in both jumping and dressage, and ensures a well-ventilated back while reducing soreness and impact from riding.