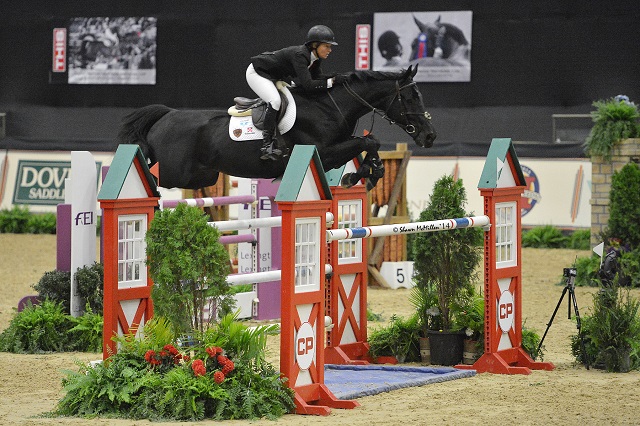 Beezie Madden has had another banner year–2014 kicked off with Simon winning the USEF International Horse of the Year for his 2013 accomplishments. It only went up from there (barring a broken collarbone during the summer–oops) including some fantastic rounds at the World Equestrian Games. Beezie’s major victories include The American Invitational, the Grand Prix of Mexico, the Grand Prix de Wolden, Furusiyya Nations Cup in Hickstead and Dublin, the King George V Cup, two big classes at the Penn National, and the International Jumper at the Royal. You know, all in a day’s work.

In honor of the first lady of American show jumping, we compiled our favorite Beezie moments of the last year:

Beezie: “I wish McLain was in the final 4” “You would have liked to ride Rothchild?” “No but I like McLain” #WEG2014 #showjumping

(It’s Simon, in case anyone was wondering.)

And, of course, no Beezie Madden 2014  anthology would be complete without her longspot to end all longspots from this year’s National Horse Show: