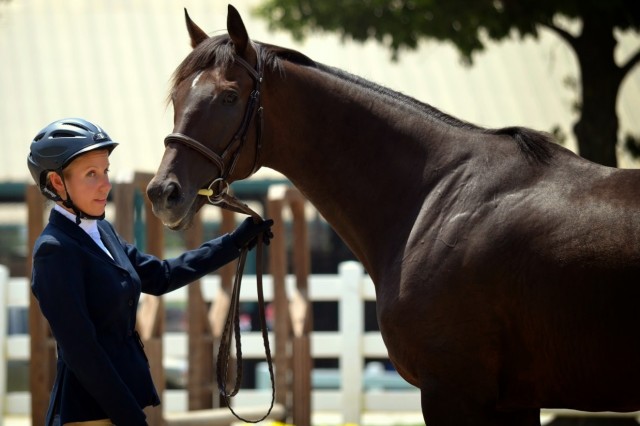 When it comes to managing nerves, swallowing our fear isn’t always the most effective tactic. Catherine Ford shares some tips for upping your mental game.

Republished with permission from Catherine’s Horses of Seven Hearts blog.

The deciding factor in a good competition, where preparation and training are otherwise equal, isn’t always raw talent. Instead, how the person competing holds together under pressure determines outcomes.

Driving my oldest son to his first scored archery tournament, I could tell he was nervous. His face was tense, he (like his mother) started rambling about random topics. I hoped to teach him something I learned over a lot of years of standing on start lines.

That swirling bit of nerves that can overwhelm people the first time they enter a competition isn’t something you should aim to conquer. Don’t waste your time trying to fight it down. It’s there. Get used to the feeling, get friendly with it, and find your way to perform with it along side you.

It’s not nervousness. It’s not fear. It’s excitement. You are really excited and you are getting pumped up to perform. You are excited at the possibilities in front of you.

3. Watch what you say out loud.

Telling your friend that you probably won’t do well for such and such reason isn’t okay. That’s giving yourself an excuse to fail. Saying out loud that you are scared or nervous doesn’t help either. Say that you’ll do your best.

4. Give yourself permission to fail.

There are so many times I intended to make it to the line that I couldn’t for various reasons. That is the worst. Going and doing it and making a mistake is miles better than the ones who couldn’t get there in the first place or were too scared to put it out there and try.

5. Expect to own it like you were born to it.

While it’s okay to fail, imagine the success. How each step done perfectly right feels. See yourself with your butterfly stomach knowing exactly what to do and it coming so easily as if you were born to do it.