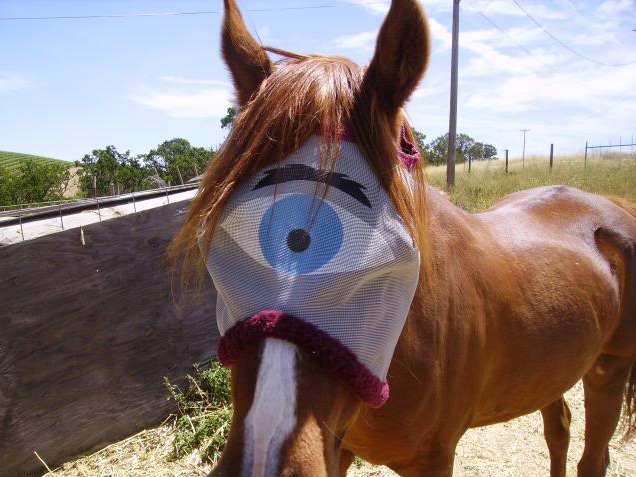 Equine Science is not for the faint of heart, y’all.

Warning: Depending on your level of squeamishness, this post may freak you out. Like, seriously, heads up — we’re about to show you a photo of a one-eyed beheaded dead baby horse so if that’s going to give you nightmares forever, there’s still time to click on back over to HN’s happy, warm, fuzzy home page.

If you’re not squeamish, this post may freak you out, but you won’t mind.

The University of Copenhagen is reporting that it has acquired an equine specimen with one of rarest deformities in the world.

The foal was born in Zealand, Denmark last summer, and the farmer who owned the dam said that the foal died immediately after birth. The farmer then decided to gift the unusual foal’s remains to CU’s Department of Veterinary Disease Biology, which performed some preliminary studies, and will soon put the extraordinary specimen out on display for the general public.

Professor Henrik Elvang Jensen told the University Post that the defects were likely caused by malformations in the central nervous system, and any animal with that kind of defect would not be able to survive.

“It is a fusion of two eyes — so it contains two of several things including the pupils,” he explained. “People are fascinated by such defects because it reveals the diversity of biology. It shows that nature can be so strange… Such mutations may occur in all animals, and even humans.”

The University’s collection of animals with defects and mutations also includes another one-eyed foal, a one-eyed pig and a four-legged duck.

On a related front, Huffington Post totally has us beat on the headline/lead sentence front.