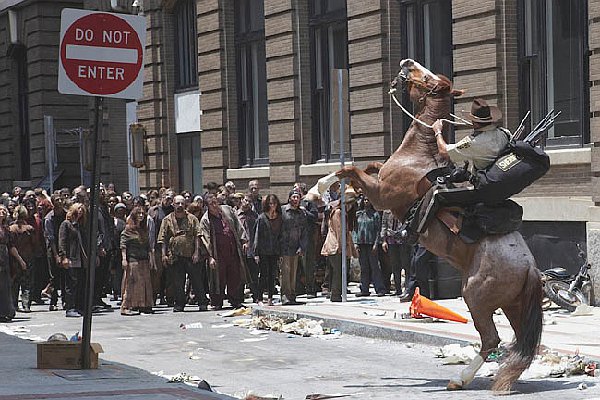 You think your horse is cute now but oh-ho, just wait until it tries to eat your brains.

Here’s what to expect.

We’ll give you the good news first. On the bright side, studies show that horse owners are 56 percent more likely to survive the zombie apocalypse than non-horse owners. It’s not a great margin but it’s something. This is because, as we learned in episode 1 of The Walking Dead, when the zombies come everyone will try to get out of town at the same time, there will be a giant traffic jam, and everyone will get eaten except for you because you are on a horse heading in the opposite direction. 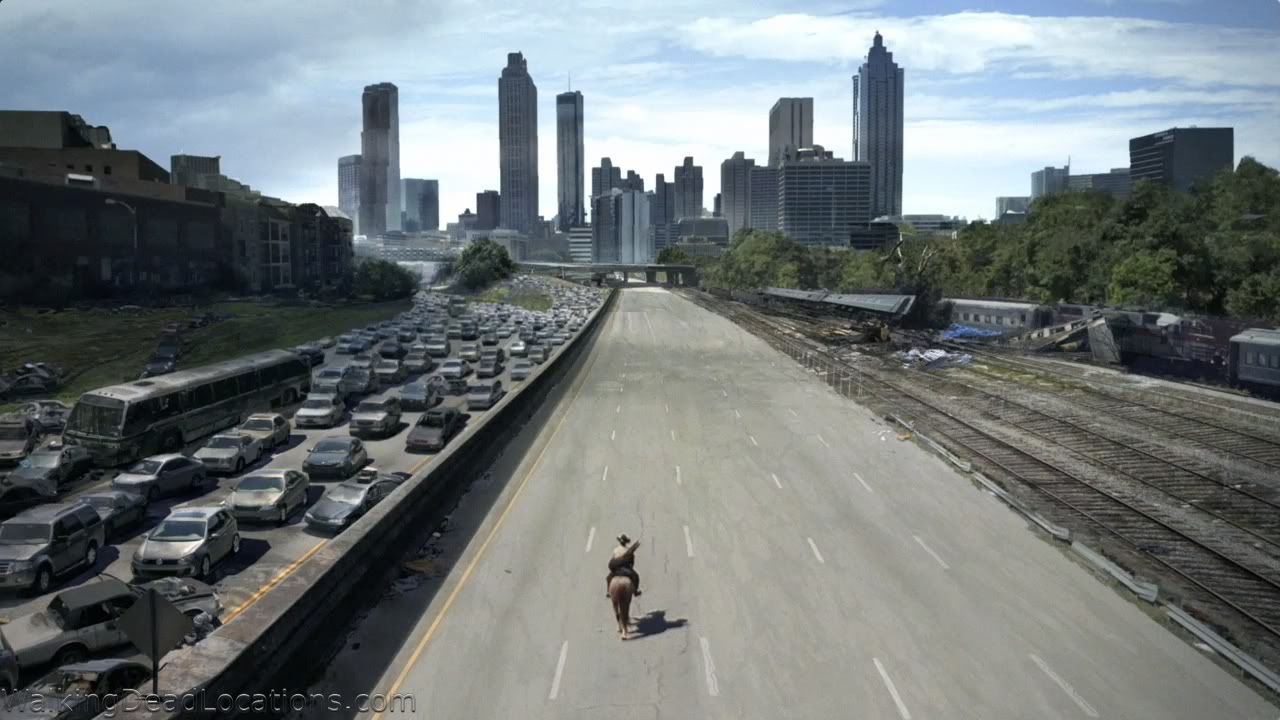 Of the horse owner population, eventers, steeplechase jockeys and foxhunters have the highest survival rates. Think about it: You have a fast horse that you’ve already trained to jump pretty much anything, including but not limited to government barricades and piles of half-eaten bodies. You have guts, grit and quick responses. You’ve pretty much been training for the zombie apocalypse your whole life without even realizing it.

EN Zombie vs. Eventer Defense Tactic #27: Rick from “The Walking Dead” offers an excellent example of how to NOT to utilize your horse to defeat an approaching stampede of brains-starved zombies. A better strategy would be to perform a turn on the haunches and take off galloping in the opposite direction, as though leaving a cross-country start box. 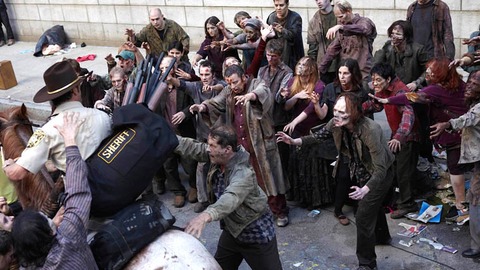 As a result of Rick’s bad strategizing, the zombies close in… 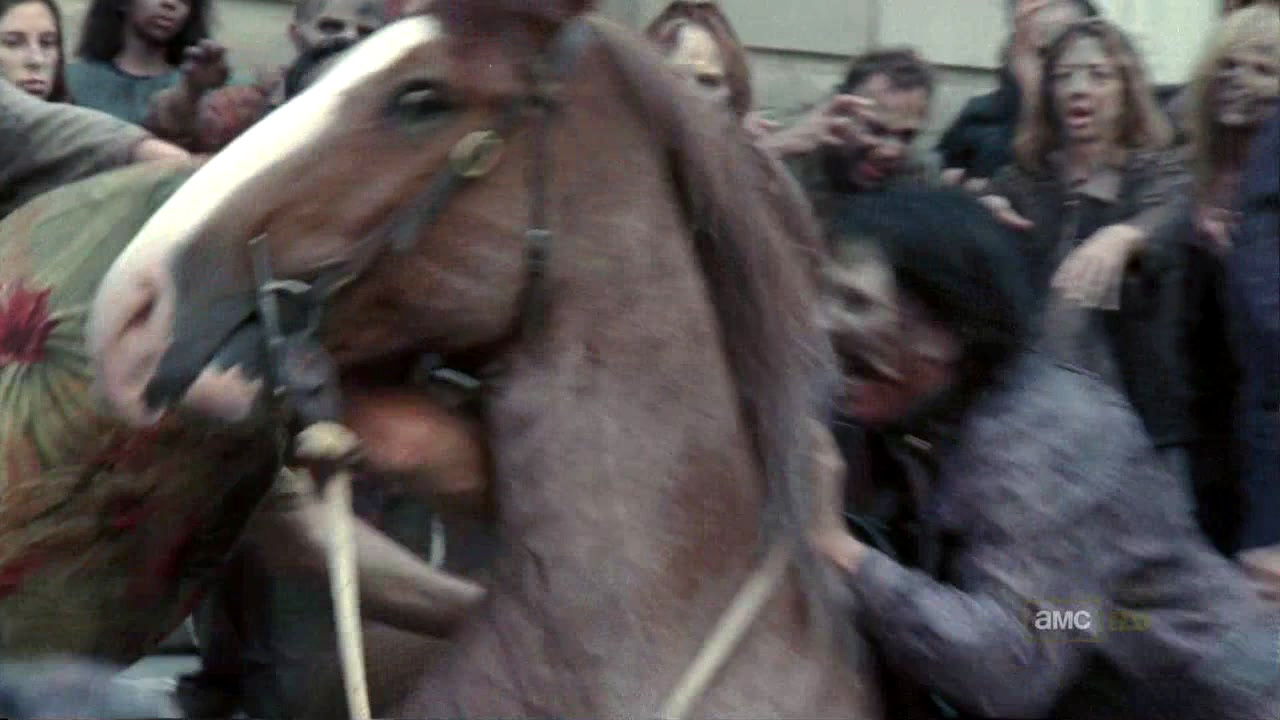 …and eat his horse.

Which brings us to the bad news: Sometimes, during the zombie apocalypse, horses will fall victim to hungry zombies. It’s a very sad but true reality. 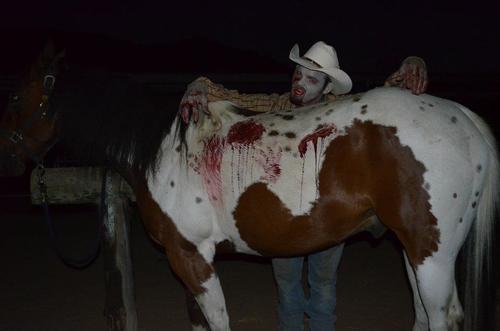 Once your horse gets bitten by a zombie, it will turn into a zombie itself. Here is an example of what your new horse might look like. 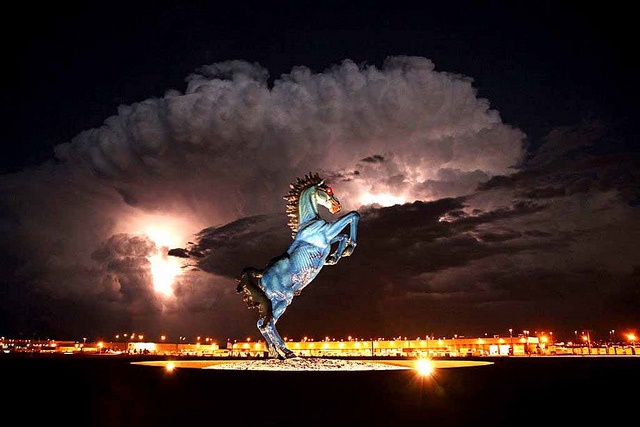 Horses that were once pasture buddies… 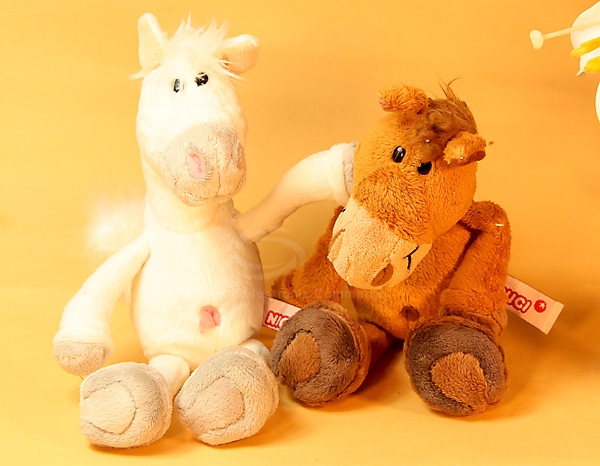 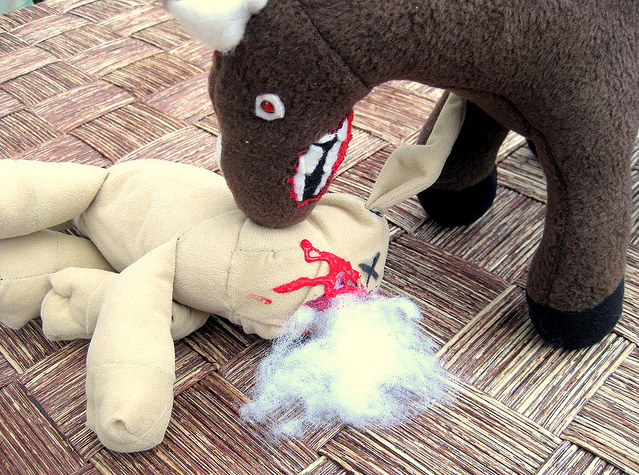 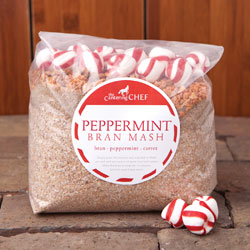 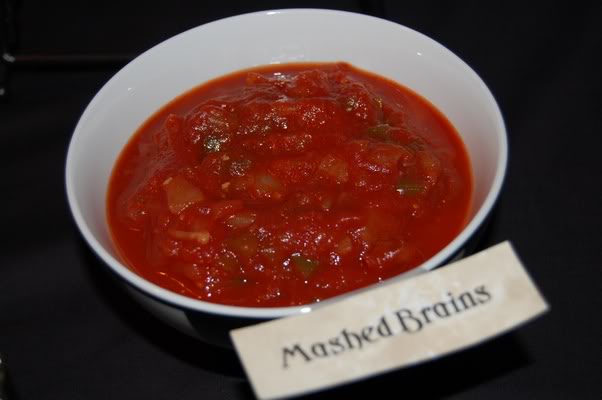 And, worst of all… how to put this gently… 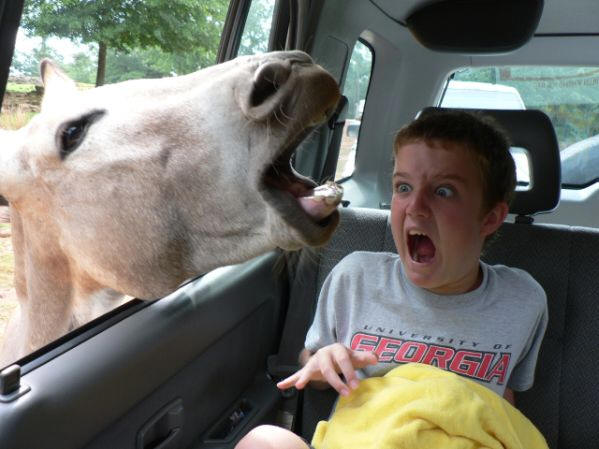 …Your horse is going to try to eat you.