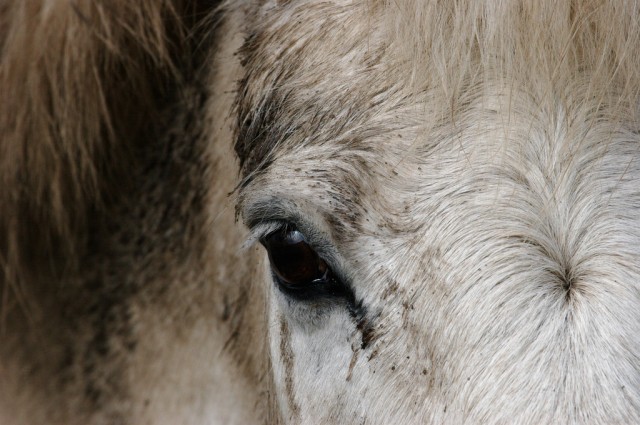 For this week’s #TBT, we take a look at some old wives’ tales (or are they?) that permeate the horse world. We horse folk are a superstitious lot (just ask those race trackers). Just in time for Halloween, here’s a list of equine superstitions and the tales behind them.

Superstitions abound in the horse world, and often differ from discipline to discipline (the racing world in particular has a fascinating list of superstitions). I myself have fallen into the superstition trap­­ — I had lucky socks to wear while showing in college, and I refused to listen to a certain song that was popular in the ’90s because I once heard it on the way to a 4H show where I fell off three times. With Halloween upon us, it’s time to look into some of our firmest horse beliefs and discover the fact or fiction behind them. 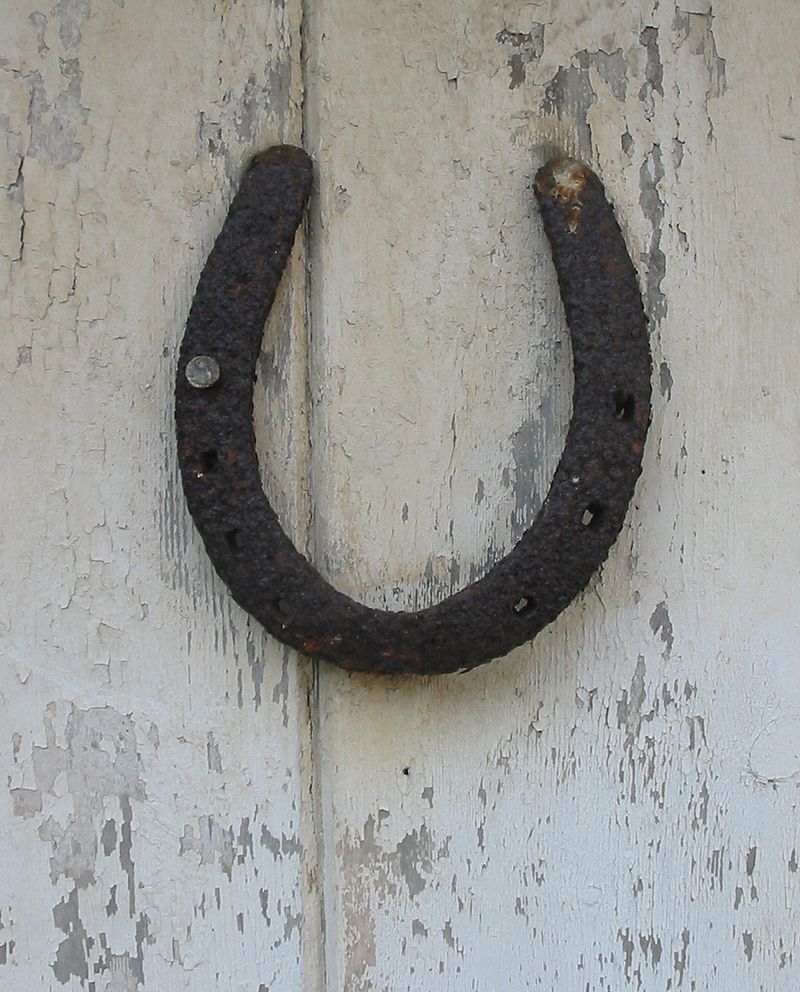 One origin story of this tradition stems from the legend of Saint Dunstan and the Devil. The Devil brought a horse to Dunstan to be shod; Dunstan, recognizing the Devil, nailed the shoe to the Devil’s foot instead of the horse’s, causing the Devil great pain. Before he would remove the shoe, Dunstan made the Devil promise that he would never enter a house upon which a horse shoe is hung.

This superstition is a little harder to trace. Some sources state that there is no superstition at all associated with horse brasses, while other sources state that the brightly­ polished decorations on workhorse harnesses were originally intended to protect the horse from evil. A more practical explanation traces its roots back to the ancient Romans, who hung pieces of armor off of horses’ tack to protect vital organs, such as the forehead, chest or kidneys.

These are all the same areas where horse brasses are hung on a decorated harness — ­­the “kidney drop” that’s found on most show harnesses serves no other purpose for pulling a load. So in some respects, dating back to when the horse brass was used as armor, wearing one could indeed protect the horse from harm.

The wheat ear (whorl) on the chest is a mark of luck, ­­but is it good or bad? For that matter, whorls in general — can they be used to predict a horse’s personality? (Bedouin tradition) 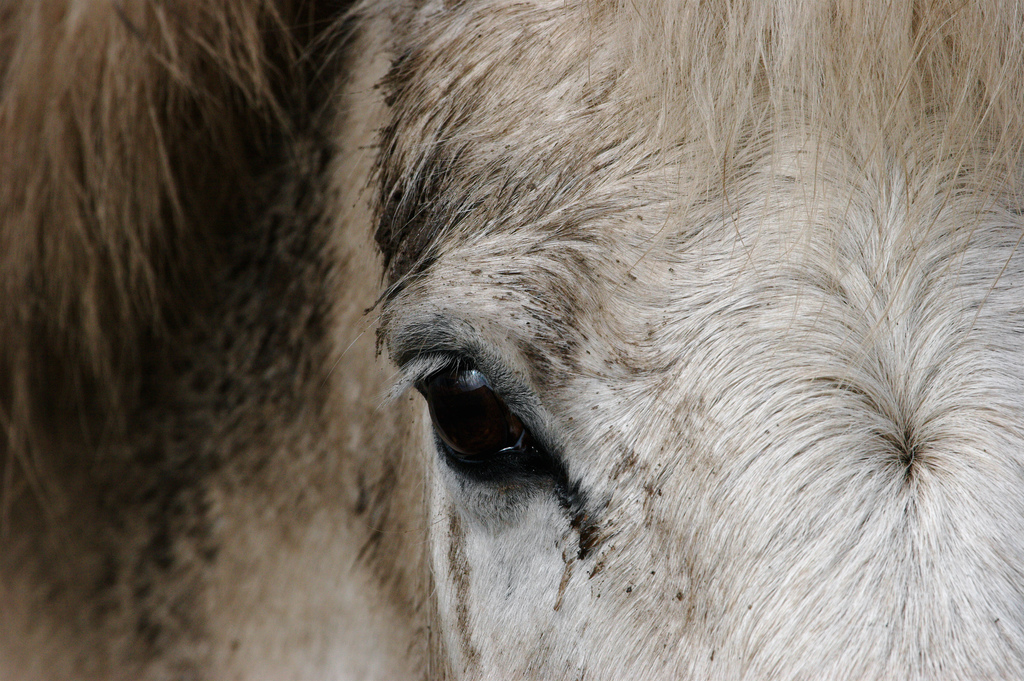 Any readers of Marguerite Henry would take for absolute fact that the wheat ear on the horse’s chest is a sign of bad luck­­ — Sham is nearly put to death as a foal in Henry’s King of the Wind for bearing such a whorl. However, Bedouin tradition states exactly the opposite­­ — a whorl on the chest is actually good luck.

I could only find stories of the wheat ear as bad luck in direct reference to Henry’s novel, so I suspect that perhaps this belief that governed most of my childhood was in fact sort of made up. The entire study of whorls and swirls on the horse’s body is mostly pseudoscience, but many horsemen claim that the whorl can be a key to unlocking the horse’s personality, ­­which can be a kind of luck of its own. (Read Lila Gendal’s summary on whorls for more information.) 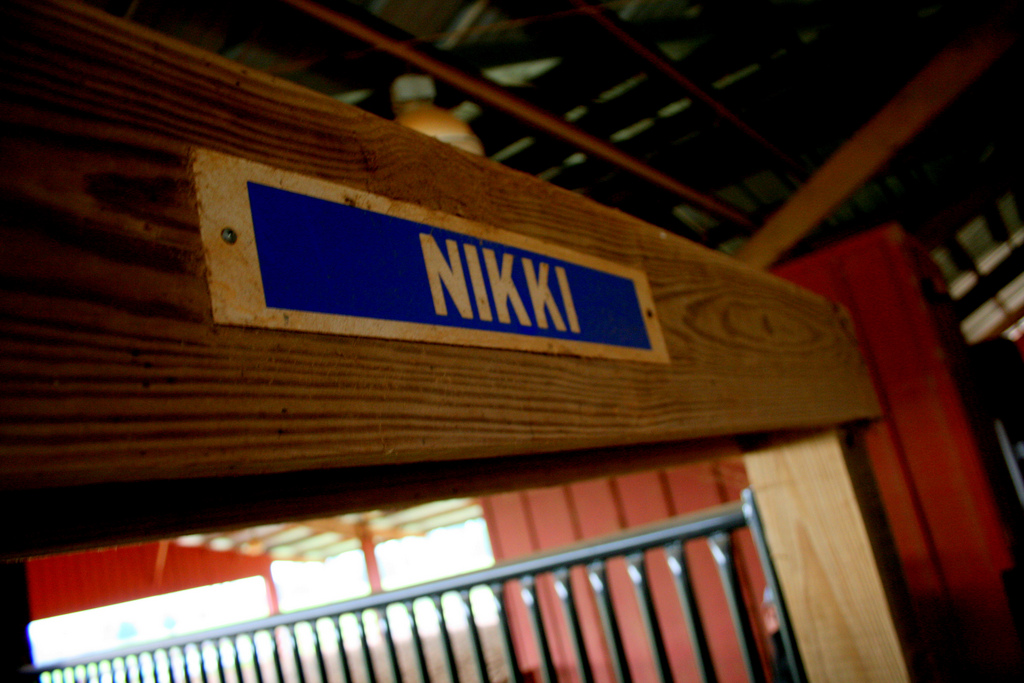 I could find absolutely no foundation for this superstition, and yet so many horse people believe in it. On a practical basis, if a horse is used to hearing one name, it can be hard to teach him to respond to a new one; simultaneously I’ve changed horses’ names all the time and they seem to figure it out with enough time. Horse Nation, weigh in on this one­­ — why do YOU think it’s bad luck to change a horse’s name?

Other horse cultures carry their own superstitions and beliefs: Native American tribes painted their horses with symbols and colors meant to protect them from harm or grant them certain powers; horses wear wool ropes in Turkmenistan believed to protect them (travelers also carry a similar rope with them in that country); horsemen in the Altai region of Russia believe that untangling a horse’s mane with your fingers rather than a comb brings good luck.

Know of any other equine superstitions? Share them in the comments!

Special thanks to Yulia Frolova for her help in listing superstitions around the world.