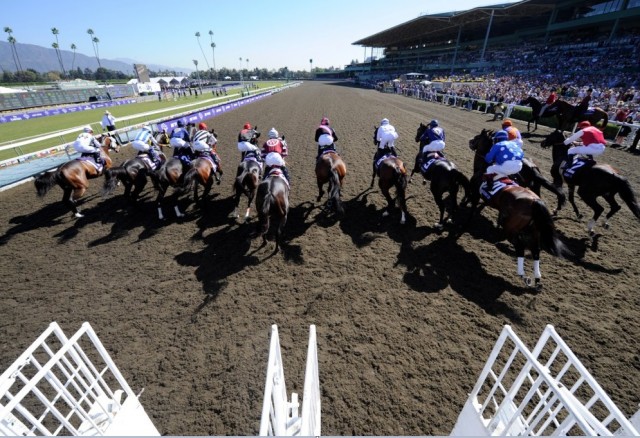 It’s officially Breeders’ Cup weekend, and for those true­ blue racing fans out there it’s the biggest weekend of the year. Kentucky Derby? What’s that? We know where the real prize lies ­ at the end of the year.

This year’s Breeders’ Cup will be held at the storied Santa Anita Park in California, and many of the world’s greatest athletes will duke it out for millions of dollars in prize money. Races will run over Saturday and Sunday, with the marquee event being the Classic, the last race of the day on Saturday.

In preparation for this year’s festivities, we’ve dug into the archives to find some of our favorite Breeders’ Cup moments. If you’ve got any to add, be sure to post them in the comments below.

First up, the Super Mare, Zenyatta, and her storm to victory in the 2009 Classic. This race was one for the ages, and the excitement in the announcer’s voice is contagious. You can’t help but love this mare for everything she accomplished:

In 1995, Cigar blazed home in the Classic in under two minutes, a time that’s extremely difficult to achieve at the mile and a quarter distance. This year, we remember the late Cigar, who was one of the greatest horses the sport has ever seen:

Silverbulletday was one of my personal favorite fillies to watch in her day. In 1998 she won the Juvenile Fillies, on her way to a remarkable career that will not soon be forgotten:

Want even more great Breeders’ Cup moments? Here are some of the best moments, compiled in one convenient video for your viewing pleasure:

Keep it locked here for full coverage of this year’s Breeders’ Cup.