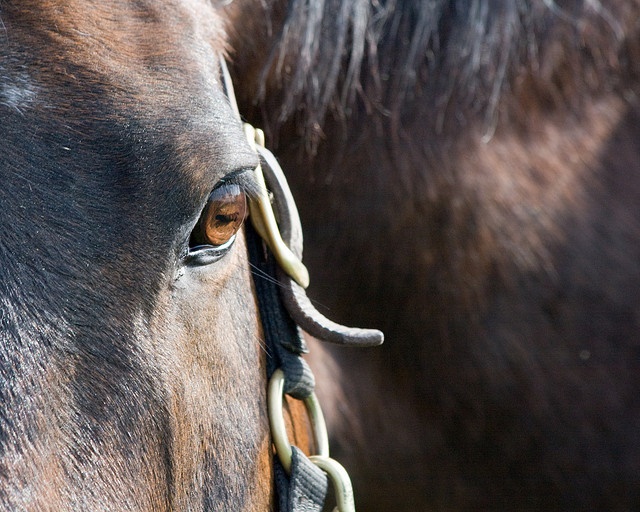 Animal cruelty crime will soon have its own category alongside other Group A Felonies like homicide, arson and assault. Karlie Mitchell and Leslie Wylie report.

Animal welfare advocates have had a lot to applaud in 2014. In March 2014, South Dakota became the final state to enact a felony provision for animal cruelty (you can look up the animal cruelty laws for the state you live in on the ASPCA website here). And more recently, FBI Director James B. Comey announced that his agency was moving to reclassify animal cruelty crimes as a Group A Felony.

Previously, when an animal abuse crime made it to the FBI’s Uniform Crime Report database, it was lumped into a catchall category entitled “All Other Offenses” comprised of a variety of mostly minor crimes. But animal cruelty crime will soon have its own category, joining other major crimes such as homicide, arson and assault.

The FBI’s definition of animal cruelty:

Intentionally, knowingly, or recklessly taking an action that mistreats or kills any animal without just cause, such as torturing, tormenting, mutilation, maiming, poisoning, or abandonment. Included are instances of duty to provide care, e.g., shelter, food, water, care if sick or injured; transporting or confining an animal in a manner likely to cause injury or death; causing an animal to fight with another; inflicting excessive or repeated unnecessary pain or suffering, e.g., uses objects to beat or injure an animal. This definition does not include proper maintenance of animals for show or sport; use of animals for food, lawful hunting, fishing or trapping.

The new category will track four types of animal abuse: simple or gross neglect; intentional abuse and torture; organized abuse, such as dogfighting or cockfights; and animal sexual abuse.

The reclassification, which requires that both incidents and arrests be reported, will enable the FBI to better track, review and analyze animal abuse statistics — which are currently few and far between — and give animal protection laws more clout.

“It will help get better sentences, sway juries and make for better plea bargains,” said Madeline Bernstein, president and CEO of the Society for the Prevention of Cruelty to Animals Los Angeles and a former New York prosecutor, told the Associated Press.

Not only is this good news for animals, it could also help prevent violence against people. Animal cruelty is sometimes a red flag for future anti-social behaviors.

From the Associated Press story: “FBI studies show that serial killers like [Jeffrey] Dahmer impaled the heads of dogs, frogs and cats on sticks; David Berkowitz, known as the ‘Son of Sam,’ poisoned his mother’s parakeet; and Albert DeSalvo, aka the ‘Boston Strangler,’ trapped cats and dogs in wooden crates and killed them by shooting arrows through the boxes.”

“The change instituted by the FBI formally recognizes the seriousness of animal abuse crimes and their negative impact on the welfare of society,” said Cathy Liss, president of the Animal Welfare Institute, in a press release. “The data that will become available as a result of this change will help law enforcement better understand and respond to these types of crimes, which occur alongside many other forms of violence and criminal activity.”

The data collection will begin in 2016.