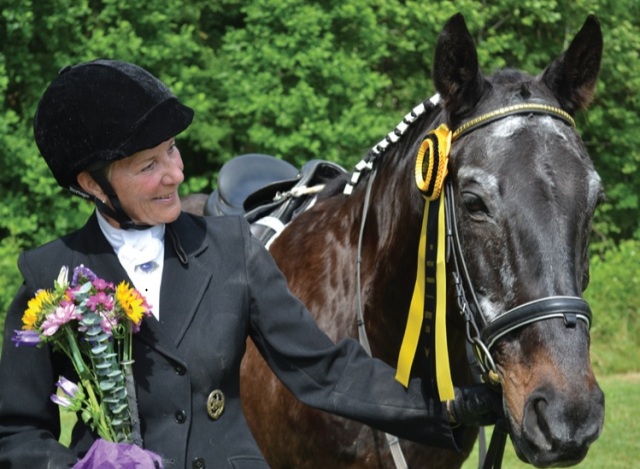 The Dressage Foundation’s Century Club is one of the most iconic clubs to be a member of. In order to be granted membership, a horse and rider pair’s age must cumulatively equal 100 years or older when they compete in a competition.

The intent of the Century Club is to encourage senior dressage riders to remain active in the sport. Since its formation (in 1996), the Century Club has grown into a meaningful and popular endeavor for equestrians across the country. This is a wonderful group, not only experienced in horsemanship, bu in various and unique life experiences.

One of the pairs to make the club earlier this year was 72-year-old Larry Campbell and the 28-year-old Dutch Warmblood, Estate. Competing in California, the pair performed First Level Test 1 to qualify for their membership to the Century Club.

I don’t know about you, but these two ride a better looking dressage test than I could, that’s for sure! Here’s a few more members of the Century Club from around the country strutting their stuff:

Lillian Floyd and Law and Order:

OK, this is just the coolest club to be in, we’ve concluded. For those of us who have many goals in mind for the future, be reminded that it is never too late. To see these seasoned veterans performing, whether its in the dressage arena, barrel pattern, cross country course, or any other arena, is a privilege.