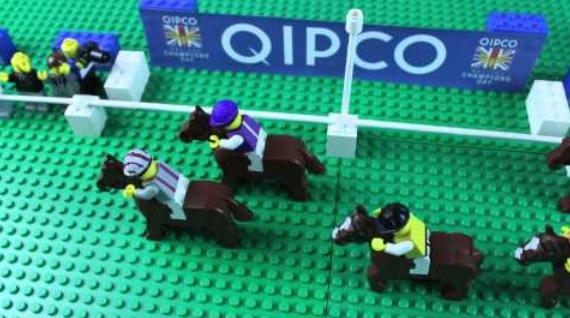 Guaranteed to be the best 90 seconds of your day.

The jockeys are wearing accurate silks, the Queen is there, selfies are taken and posted to Instabrick. What more do you need to know?

A less-LEGO filled promo for the series:

Frankel, hailed as one of the world’s best racehorses, ended his undefeated career in style in 2012 on British Champions Day, sometimes referred to as the “greatest day of flat racing ever staged.”