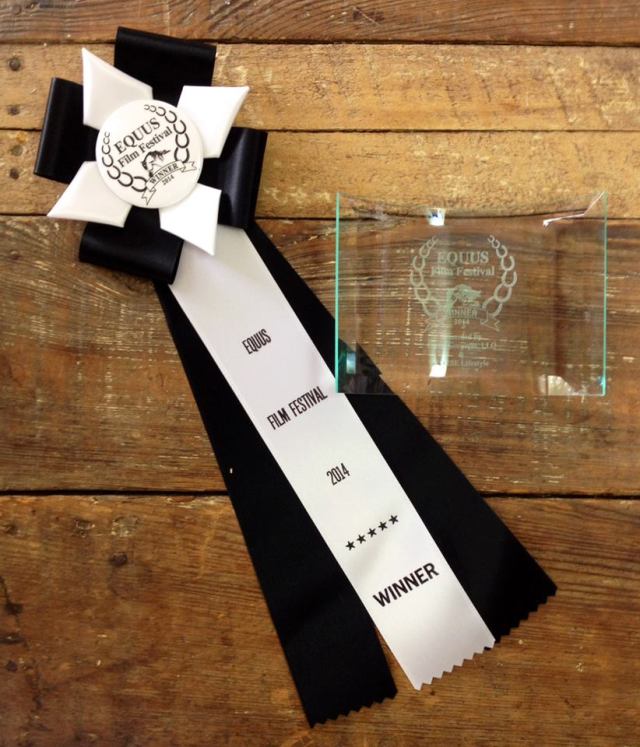 The world’s first equestrian film festival is galloping into NYC this November.

The Equus Film Festival, scheduled to take place in New York City Friday, Nov. 21 and Saturday, Nov. 22, will feature more than horse-related 50 films and creative works. The goal of the festival is to “highlight and award the diverse and creative efforts of those in indie film, music, and advertising, who artistically pay homage to the horse.”

The festival is produced by Equus Global and Horse Lifestyle Media. According to Lisa Diersen, creator of the event and partner in Equus Global, “These films help shed light on the overlooked side of the global horse community, which is not as well known or understood in mainstream media. Horse people speak a universal language, which is a shared love and concern for these majestic animals, which have so touched and shaped humanity for centuries.”

The lineup is diverse and includes films ranging from documentaries…

…and much more, all of whom will be competing for a variety of honors.

Several of the films do the important work of making palatable some of the controversial issues facing the equestrian community.

“These are films that deal directly with today’s most sensitive and sensational issues. From horse-assisted therapy, to the Bureau of Land Management’s treatment of the wild mustang, and even the horse carriages here in New York, the Equus Film Festival is bringing to the forefront those filmmakers who have rolled up their sleeves to dive deep into the tough issues. Through these films and creative works, people can start to formulate a more reasoned understanding of what these issues are really about.”

The Equus Film Festival will be held in MIST Harlem (46th West, 116th Street) and run from 12 p.m. to 9 p.m. each day, with “green grass” carpet roll outs for sponsors, celebrity guests, and other VIPs. Friday night’s program will end with a panel discussion featuring several filmmakers and celebrity guests. Critically acclaimed director Mary Haverstick will moderate the panel, which features Emmy Award-winning producers, filmmakers from the United Kingdom and France, and film professors.

Saturday’s program will begin with a special Children’s session, featuring family-friendly media and stories. The children’s segment will begin at 10:30 a.m. and run until noon. On Saturday night, the festival will wrap with an exclusive VIP Awards Party for the 2014 honorees.

For more details about the Equus Film Festival visit equusfilmfestival.com. Tickets will go on sale October 15th and will be available via the website. Join the film community on Facebook and Tweet your comments using #EFFNYC.