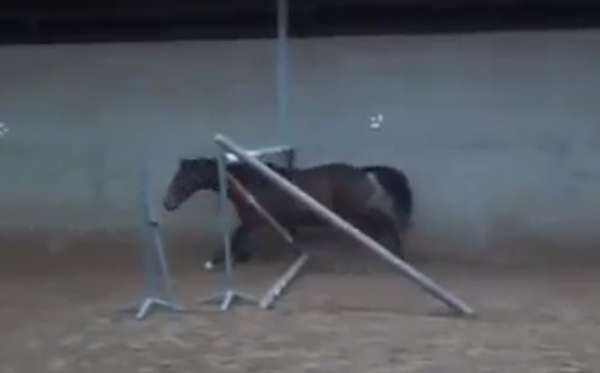 This horse has the right idea. I wouldn’t want to jump that scary vertical either.

Over or under is a question that has long plagued horses.

Gurgle the Greek, ridden by British eventer Rachel Bayliss, slid under the “Stockholm Fence” during an especially muddy Badminton in 1973 and managed to come out the other side with rider intact.

There was some debate about whether or not the pair should be eliminated, but the jump judge pointed out that they had “passed between the flags” fair and square. The rules were later reworded that no fence may be built that is it possible for a horse to go under.

Of course, that hasn’t stopped horses from trying — check out this amazing photo series of a horse diving under a trakehner.