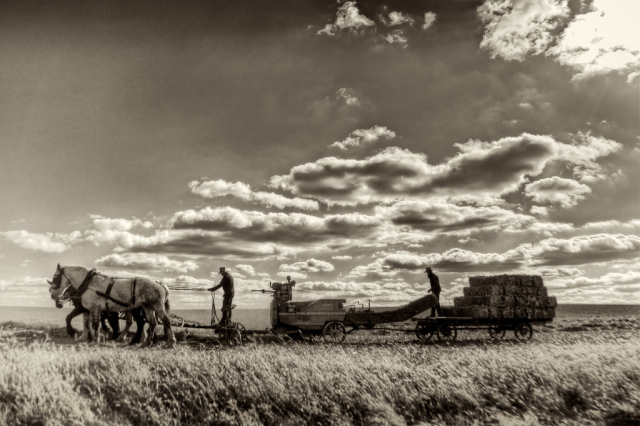 With a few draft mules added in for good measure. Draft animals, autumn is your time to shine in the field.

If you think that the use of draft horses on the farm might seem like a practice that’s been largely outdated thanks to the invention of the tractor, you’re actually correct. But many draft horse owners and enthusiasts still like to use their horses to harvest, keeping tradition and history alive. The Amish community also cherishes its draft horses, relying on the “gentle giants” to plant, grow and harvest all of their crops. In celebration of the autumn harvest, here are eight photos of draft horses doing what they do best.

A three-abreast of mules with a load of cornstalks in Pennsylvania. Flickr/Joel Galbraith/Creative Commons License

A four-abreast put to a potato picker in northern Minnesota. Flickr/ramendan/Creative Commons License