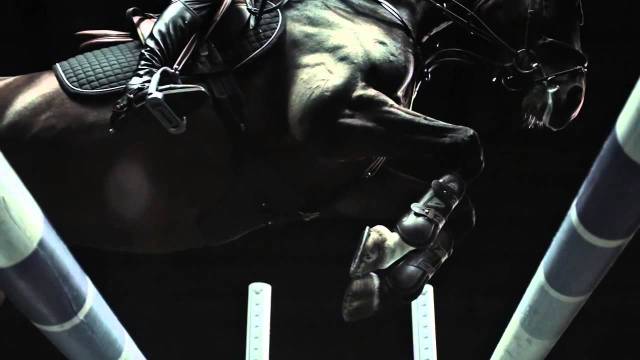 Watching international Swedish show jumper Malin Baryard-Johnsson and H&M Tornesch tackle a fence is poetry in motion. But when you look closer, you realize something is missing — the stallion’s eye.

Malin is an accomplished rider who has competed in two Olympic Games (1996 and 2004) and contributed to a Team Silver at the World Equestrian Games in 2002. (Although in our humble opinion, her greatest lifetime achievement thus far is her starring role in this horsey music video.) She is sponsored by H&M and was recently featured in the H&M Life video series, riding her Wold Cup Final partner H&M Tornesch.

Malin and the horse have a unique partnership, made even more special by the fact that he is jumping Grand Prix fences with just one eye. As Malin explained it to H&M Life:

“H&M Tornesch and I have known each other for a long time. He is 14 years old, and I have had him since he was seven. He is the most amazing individual. He hurt his right eye when he was very young, and he’s had impaired vision ever since. A little over a year ago, he hurt his eye again, and this time it had to be removed. His trust in me is extraordinary. Sometimes he can’t see the fence until the last second, but he jumps anyway. I have to cherish that trust. I can’t put us in situations where he feels uncomfortable or scared.

This video captures a moment of oneness between rider and horse in breathtaking detail, and the ending? You’ve just got to watch: