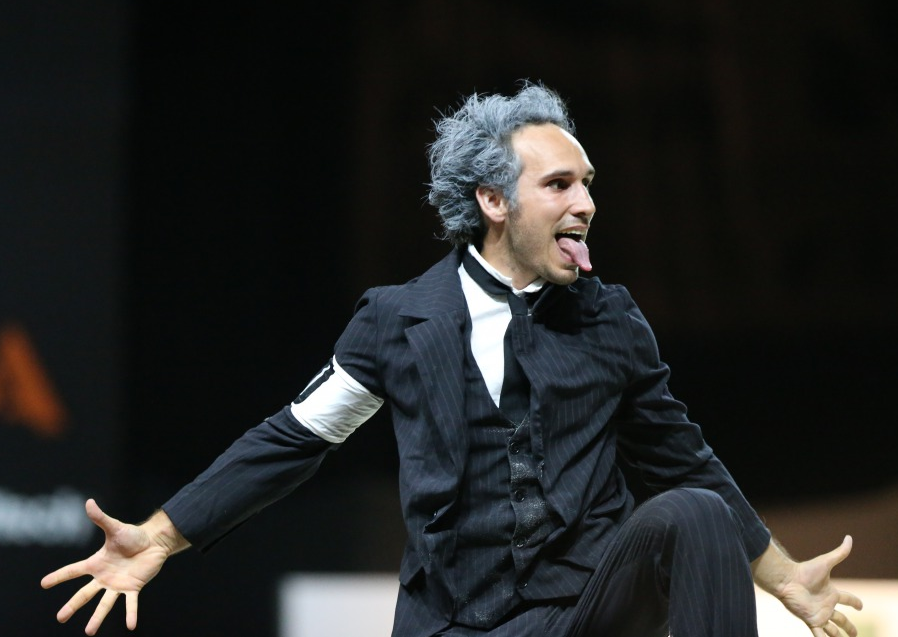 Both are French, because of course.

First, meet Nicolas Andreani, a previous world champion who took silver in the Men’s Individual Final. It was an Einstein-themed freestyle.

Here’s the video. Of particular interest is his pre-performance ritual, which apparently includes maniacal scream-laughing.

Moving on, we’ve got another French vaulter, Jacques Ferrari, who claimed gold with an interpretative bird dance on horseback. Jacques is the current European champion but said in an FEI press release that he feels like WEG might have been a microphone-drop performance. Direct quote: “This is a sign that I have reached the limit and the pinnacle of my career so I don’t know what will follow after this.”

He’s got a point — this probably cannot be topped.

The video, because you really don’t get the full effect without the bird sounds:

For more amazing photos, details and results, visit the vaulting section of the WEG website here.