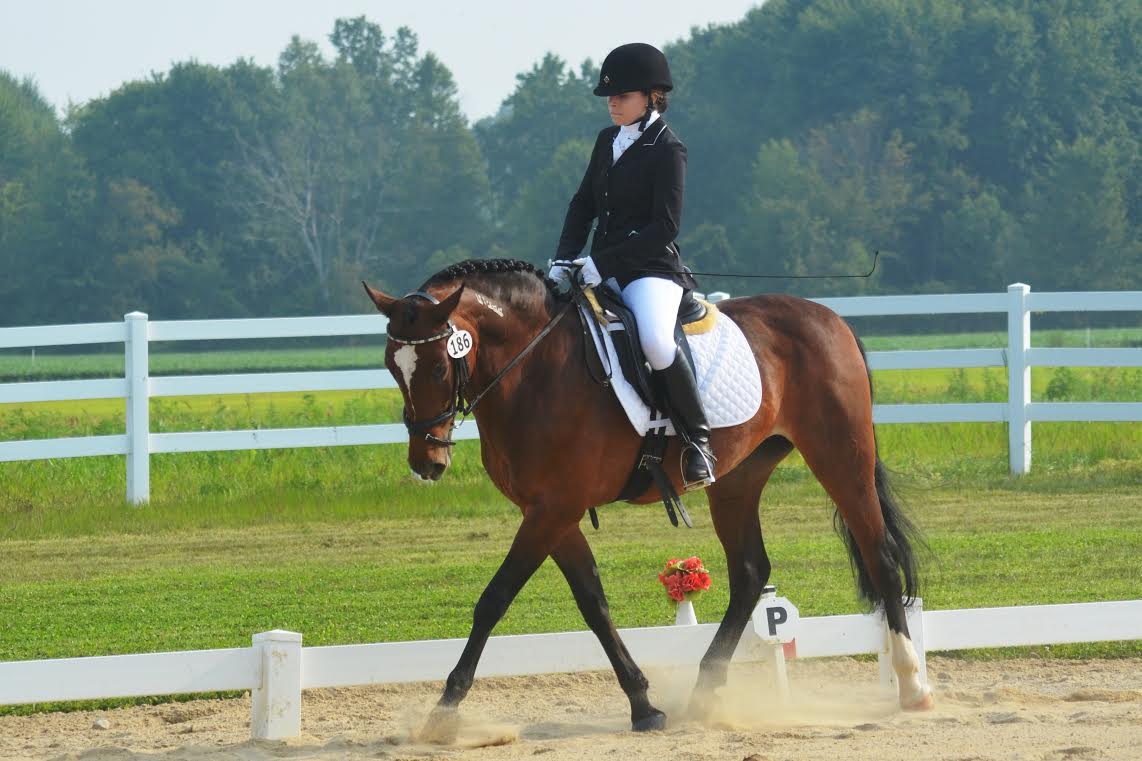 Sierra Wick shares the story of a big-hearted mustang mare who found her calling in a sport traditionally dominated by warmbloods.

If there was ever a moment in my life where I felt I could fall to my knees in gratitude and devotion, this would be the appropriate time. For years, I struggled to find my true passion with horses. I knew in my heart that I was determined to be in their company, and even though I took basic riding lessons at a local stable, there was a void. Never before had I experienced a true soul to soul connection with a horse — until I was given the opportunity to meet an extraordinary mustang mare.

Gypsy is her name, and I tell you about my personal history not to take away from her story, but to help communicate the impact that she has had not only on my being but countless others as well. Thus begins the story of Gypsy the mustang, who on October 29th was captured as a yearling in Ravendale, California.

Initially thinking she was picking a yearling from the stallion pen, Barbara Wilk was shocked when she discovered her choice mustang was indeed a mare, and not a stallion. After fears subsided of the little filly being pregnant, she was brought home to Ohio where she and two other wild mustangs were introduced to the stable life. In the few years following her arrival home, it was obvious that she was much more suited for dining and room service than trying to survive on the great, open plains! While the other two mustangs had a slightly more difficult time adjusting, Gypsy and her soft, gentle personality took it with stride. “She had a tremendous calm about herself,” says Barbara, “She accepted us as her herd.”

Around the age of three, Gypsy began her training. After completing her backing at a training facility, Gypsy returned home to begin some more in depth western/trail training. Although it was clear that her favorite gait was ‘whoa’, a favoritism she still clings to today, her natural talent was inspiring. It wasn’t until Barbara noticed how free Gypsy’s shoulders were during her western training that she decided to take her training in a different direction, dressage.

With dressage trainer Lisa Noble at their side, Gypsy blossomed into a jaw-dropping prospect with arena scores rivaling those of impressive warmbloods. In 2001, with Barbara as her rider, Gypsy won the All Breeds Award and numerous titles in Training Level for the USDF. Gypsy continued her training until she was due in foal, presenting her son in 2007. A few years later, I discovered Gypsy as a leasing opportunity and together we have won numerous titles in Training, First, and Second Level Dressage. Now five years later, we are schooling third level movements with hopes to continue advancing.

It seems almost impossible to put into words how special of a horse Gypsy really is. She has a history that I admire and a heart that filled the void in my life. “From trail rides to dressage clinics and shows, she really has been a wonderful, little big horse,” says Lisa.“This little mustang has brought so much enjoyment to her mom, Barbara, her best friend, Sierra, and myself. I feel blessed to have been apart of her life for the past 16 years.”

Gypsy continues to surprise us with her dressage talent everyday. Even at the age of 20 she is still learning and growing, as am I with her. I sincerely hope that by sharing Gypsy’s story, others may be inspired to give mustangs a try for other disciplines. I am honored to be one of the humans in her life, and I am forever grateful for the lessons she has bestowed upon me. She is a little horse with a big presence, and an even greater heart. She is the mighty mustang that could.