Reader Jill Fitzgerald sent us a link to an empowering new ballet-themed Under Armour ad along with an intriguing proposition. How about an ad featuring riders?

Jill writes, “I’d love to see an equestrian one since they’re also marketing to equestrians now. Frankly don’t know what took them so long to tap our market, as I’ve been wearing my Under Armour to the barn in the winter for more than six years.”

Check out the commercial, which went viral after being posted earlier this month and not surprisingly — it’s pretty awesome:

Can you imagine an equestrian-themed one along the same lines? Perhaps, I suggested to Jill, we ought to start a petition! So we did. 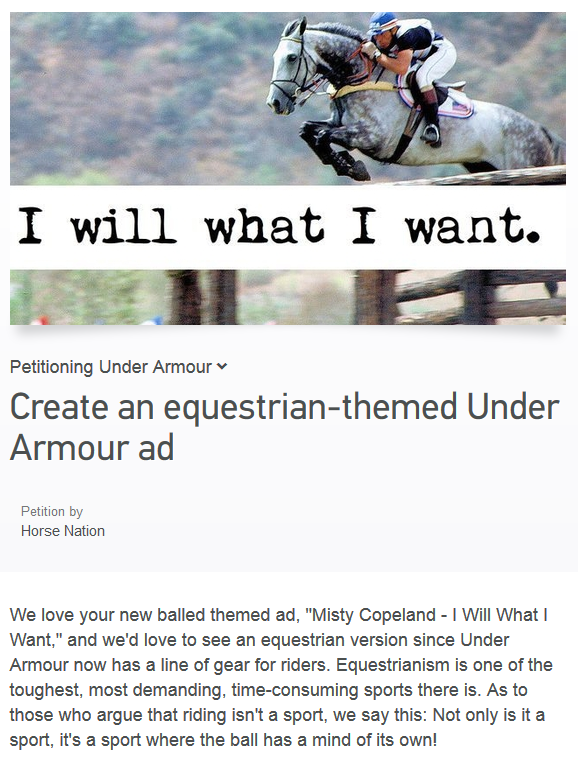 You can sign the petition, which will be forwarded directly to Under Armour, on Change.org here.

In the meantime, you can get all the Under Armour riding gear you need from our friends at SmartPak. 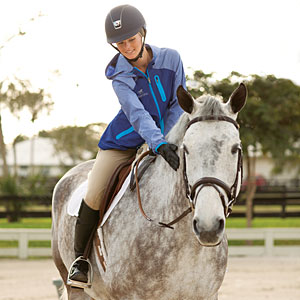 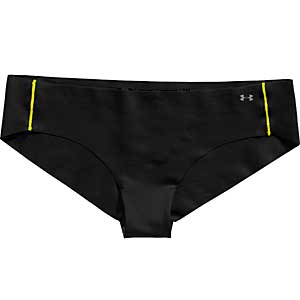 …and everything in between, SmartPak and UnderArmour have riders covered from head to toe. Check out SmartPak’s full line of Under Armour clothing and accessories here, and read Horse Nation writer Carla Lake’s write-up on the line here. SmartPak also has several Under Armour product reviews on its YouTube channel, like this one of the Under Armour UA Tech Shortsleeve Tee posted a couple weeks ago: