Sure we’ve seen dogs, cats and goats riding horses, but have you ever seen a baboon? After reading this post you’ll feel like you’ve seen it all.

This horse named Jericho is one of three horses living at an animal sanctuary in Plettenberg Bay, South Africa.  His bestie is a baboon who prefers to remain anonymous.  According to Daily Mail UK, “Monkeyland, which opened in April 1998, bills itself as the world’s first free roaming multi-species primate sanctuary and aims to rehabilitate and free previously caged primates.”  Claire Hamilton, an employee at the sanctuary, told the New York Post, “Some of the troop have been known to try and hitch a ride on their backs but no one has ever been able to get a photo.”  Until now.

There was a little mutual grooming… 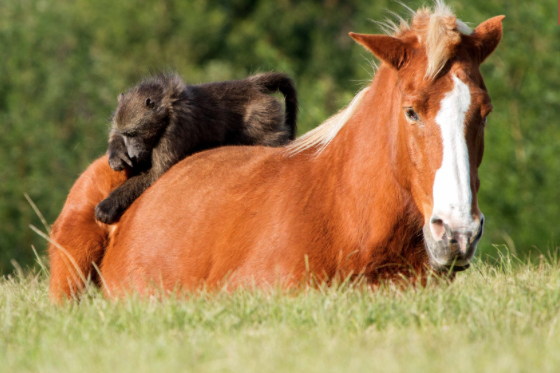 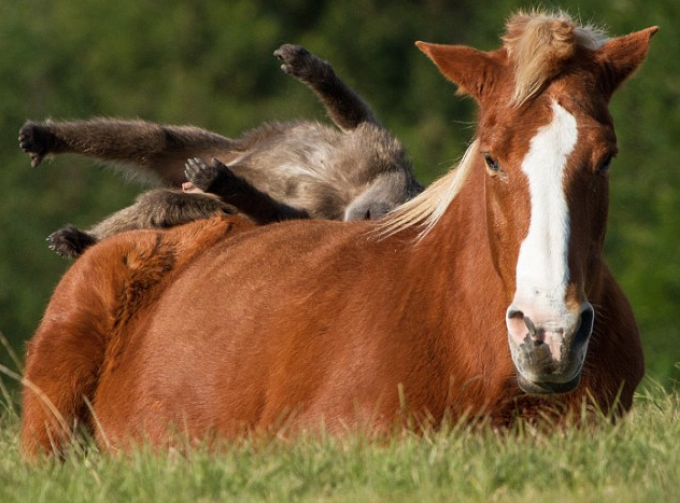 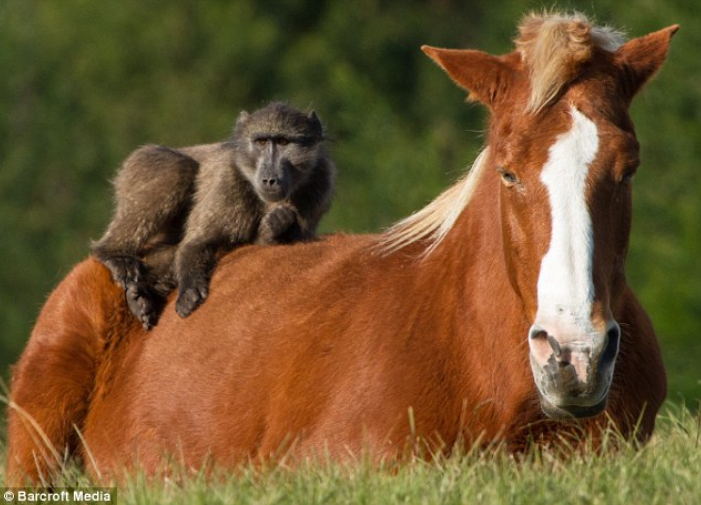