Firefighters aren’t just hotties who put out flames. They do a fair bit of rescuing on the side.

1) Mini in a sinkhole.  Firefighters dug a ramp that allowed the 15-year-old horse to escape a hole authorities believed was part of an old septic system.  (SOURCE) 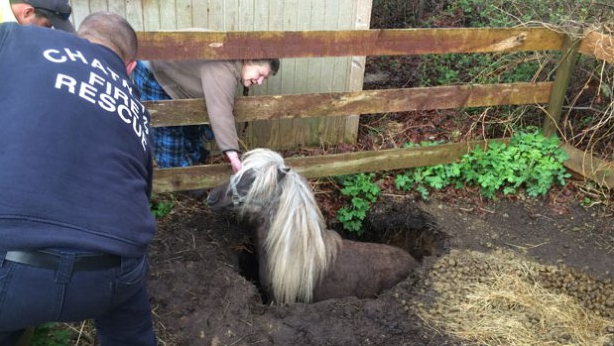 2) Missouri therapy horses struggling in an icy lake.  Firefighters used a chainsaw to cut a path so the horses could walk out of the icy prison.  (SOURCE) 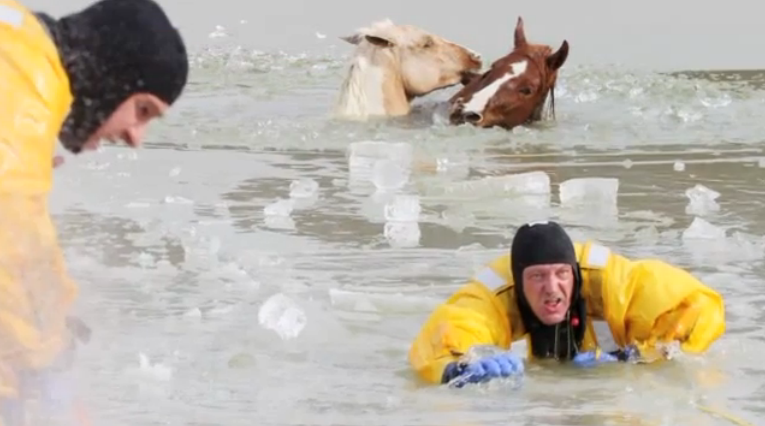 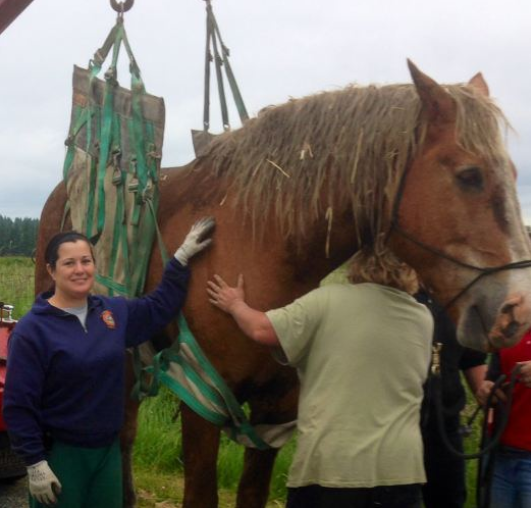 4) Texas horse caught up a creek without a paddle.  Firefighters guided Weston, a 23-year-old therapy horse, downstream until they were able to pull him from the water. (SOURCE) 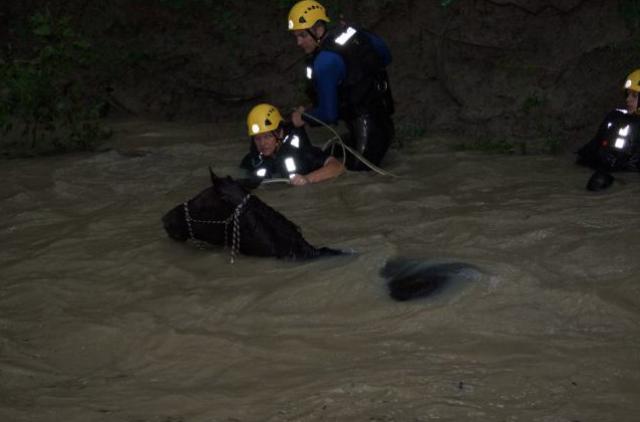 5) Bogged down Brit.  The 12-year-old horse was rescued by a Fire and Rescue squad after becoming stuck in a bog during a hack.  (SOURCE) 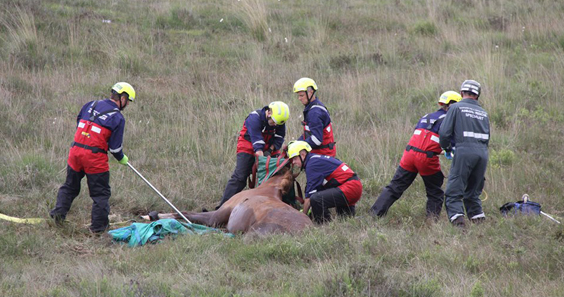 6) Traumatized trail horse.  LA Firefighters hoisted 16-year-old Dakota, who suffered a head fracture when he fell 100 feet, from a California ravine and then airlifted him to safety. (SOURCE) 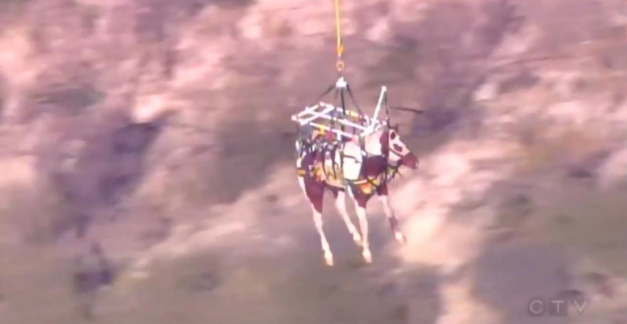 7) Aptly named ‘Mischief’ trapped in a swimming pool.  After being sedated by a veterinarian, the 14 hh horse was pulled gracefully from the pool by Fire and Rescue.  (SOURCE) 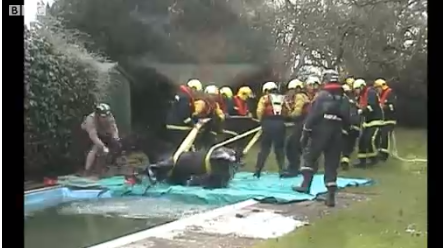 8) Boston police horse stuck in a sidewalk construction hole.  Firefighters, police, passersby and a local rigging company with a crane all worked together to save Fritz during this historic 1989 rescue. (SOURCE) 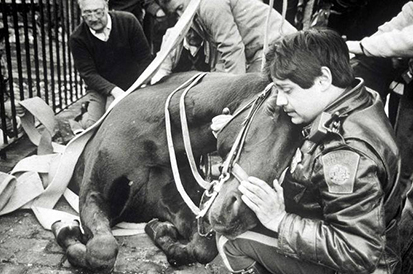 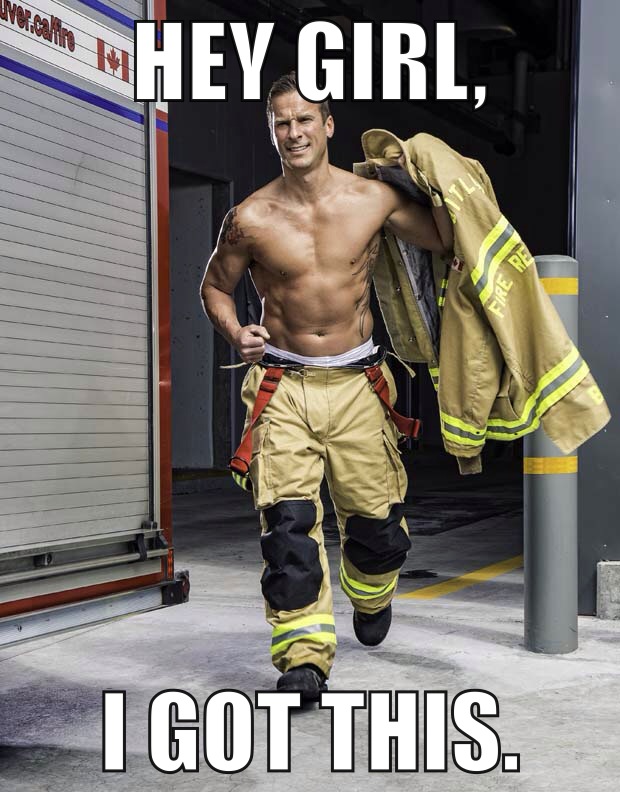