These five horses and their owners have shunned normalcy and started thinking outside the paddock.

1) This Polish lawnmower. “Borys Kozlowski had borrowed the horse, named Dolina, to graze on his front lawn and trim the grass. However, after Dolina had finished the work, its owner did not arrive on time collect her. So quick-thinking Kozlowski, from Grajewo in northeast Poland, marched the animal through his house and left it on the balcony in case there were any thieves around.” (SOURCE) 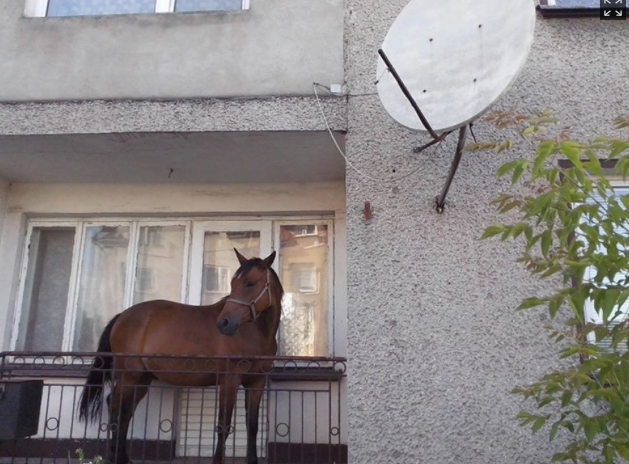 2) This German, keyboard-playing, hurricane refugee. “After Hurricane Xaver swept through northern Germany in December, one woman decided to take it upon herself to help a local resident. He just happened to be a horse. Stephanie Arndt invited her 3-year-old Arabian horse, named Nasar, into her home. But once the storm passed, the medical doctor decided to keep the horse in her house since he had become accustomed to indoor life.” (SOURCE) 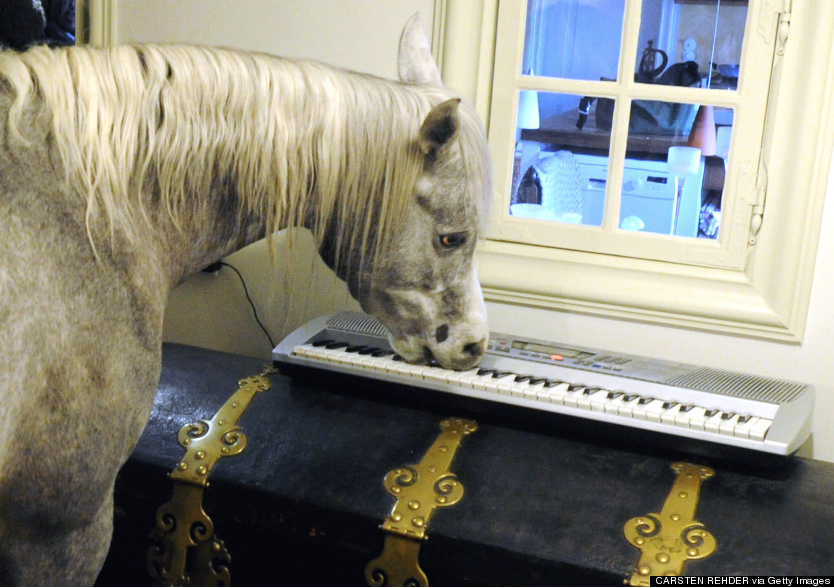 3) This horsey fan of parkour. “Stephen Downey says the colt was alone on the farm at the time because several of his horses had been sent to Saint John for training. “I think he was just bored,” Downey said. “He’s like a two or three-year-old kid and he was just looking for some excitement and he got into trouble like a regular kid would do.” The family has since put up a fence to block any horses from up getting up on the roof again.” (SOURCE) 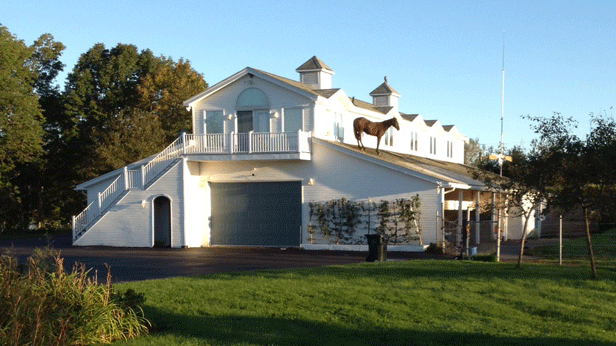 4) This McDonald’s vigilante and pony sidekick.  “Police said the woman, who has not been named, was in the saddle when she was initially turned away from the drive-through. The woman then led the animal inside, where it “ended up doing his business on the floor,” a Greater Manchester Police spokesman said.” (SOURCE) 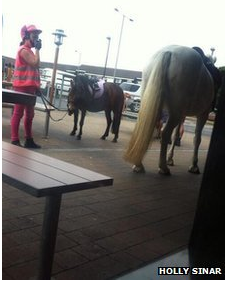 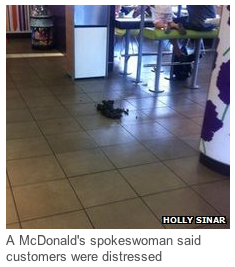 5) Finally, this Mini drivin’ down the highway… lookin’ for a show. (SOURCE) 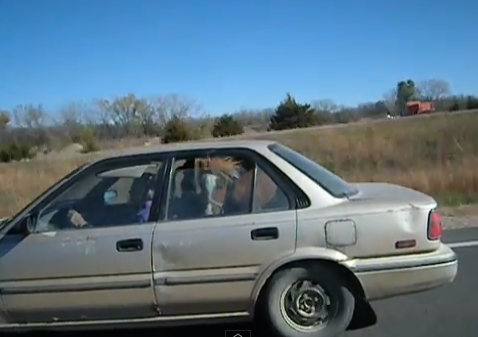