The 3,200 year old remains of two men have been excavated in Western China and it has been confirmed that, as equestrians, they wore the pants in the family. 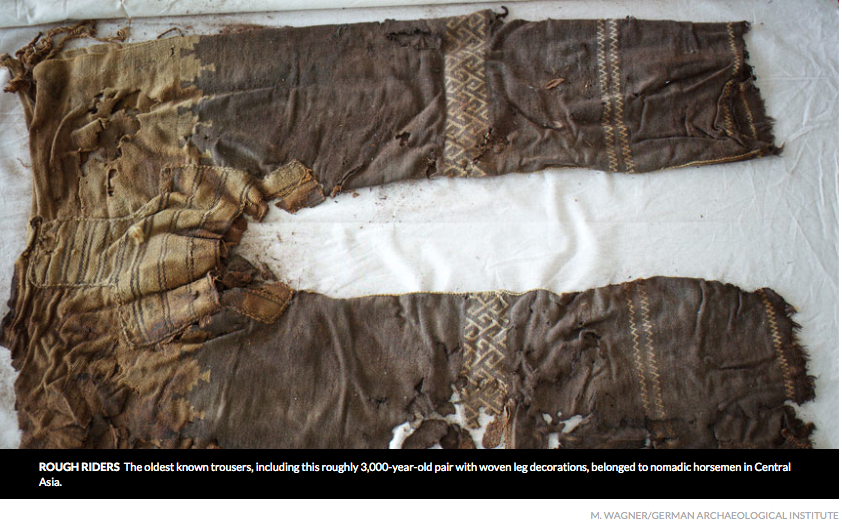 “The discoveries, uncovered in the Yanghai graveyard in China’s Tarim Basin, support previous work suggesting that nomadic herders in Central Asia invented pants to provide bodily protection and freedom of movement for horseback journeys and mounted warfare, the scientists report May 22 in Quaternary International.”

While the exact date/time/place of the first horse rider is up for debate, it is generally accepted to have happened some time between 4,000 and 3,000 years ago on the Eurasian steppe. Prior to that event, most humans wore a combination of loin cloths, gowns, robes, tunics or togas.

Those may look good in Renaissance paintings, but we all know there would be some serious chafing. 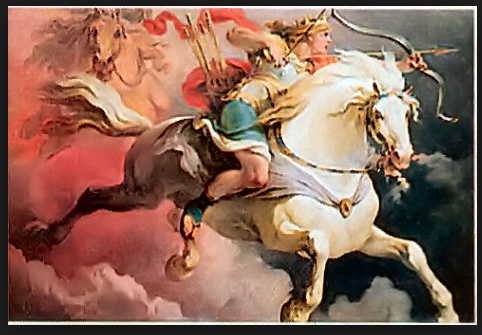 The warrior/herder body needed some pants.

“Each pair of trousers was sewn together from three pieces of brown-colored wool cloth, one piece for each leg and an insert for the crotch. The tailoring involved no cutting: Pant sections were shaped on a loom in the final size. Finished pants included side slits, strings for fastening at the waist and woven designs on the legs.”

“The two trouser-wearing men entombed at Yanghai were roughly 40 years old and had probably been warriors as well as herders, the investigators say. One man was buried with a decorated leather bridle, a wooden horse bit, a battle-ax and a leather bracer for arm protection. Among objects placed with the other body were a whip, a decorated horse tail, a bow sheath and a bow.”  (SOURCE) 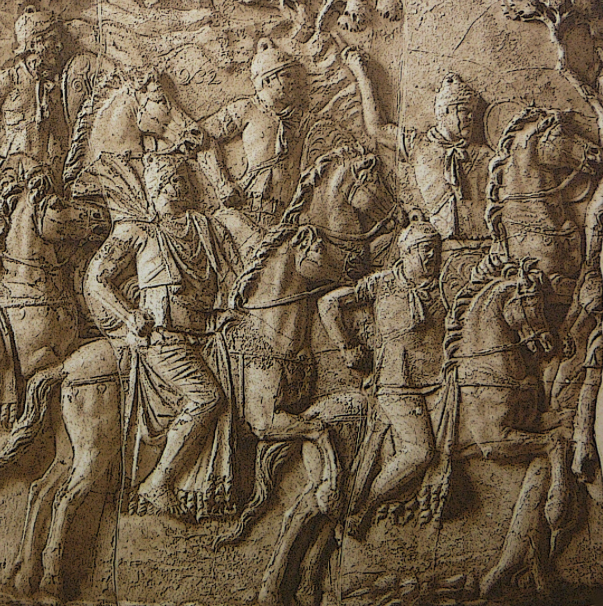 Pants.  Just one more thing all of humanity should thank the horse for.