Mixing showmanship, sportsmanship and a flair for the dramatic (many became Hollywood celebrities in their own right) the women of the late 19th and early 20th centuries changed the sport of rodeo forever. 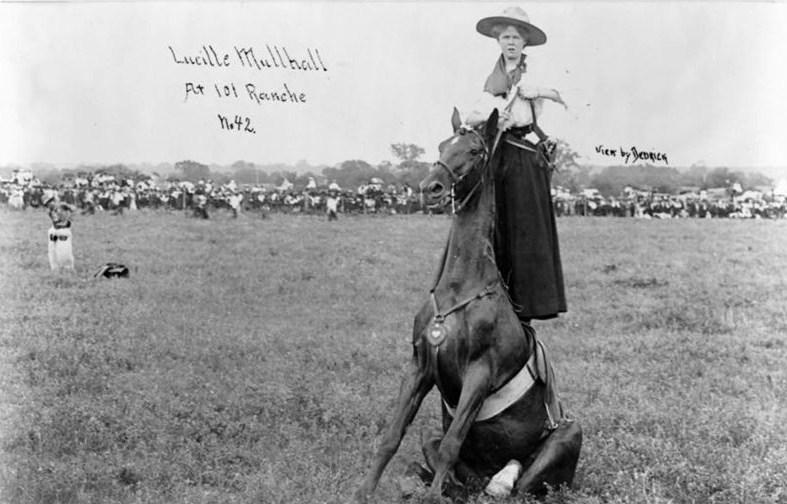 Known as one of the first women to compete with men in roping and riding events, she was called Rodeo Queen, Queen of the Western Prairie, and Queen of the Saddle. She starred in the Miller Brothers’ 101 Ranch Wild West Show, formed her own troupe in 1913 and performed in many rodeo and Wild West shows throughout her career. She produced her own rodeo in 1916. She retired to her family’s ranch in Mulhall around 1922. (SOURCE) 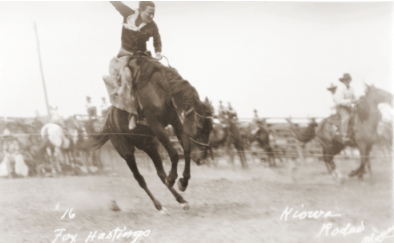 “Running away from a convent school at age 16 to marry bulldogger Mike Hastings, Fox Hastings performed trick and bronc riding in her early years with the Irwin Brothers’ Wild West Show. Fox first exhibited her bulldogging skills in 1924 at the Fort Worth, Texas Rodeo and established a record time of 17 seconds. Rodeo announcer, historian, and Fox’s manager and publicist, Foghorn Clancy, recalled her debut and that the condition of the arena was “as muddy as a hog wallow.” He described Hastings as one of the “nerviest cowgirls” he ever saw.

She continued to bulldog at more than a dozen rodeos, including the revived 101 Ranch Wild West. Hastings was known as the redheaded feminine daredevil of the arena. Unfortunately, she developed tuberculosis in the 1940s. Shortly after her second husband died in 1948, she died of self-inflicted gunshot wounds. Hastings was inducted into the Rodeo Hall of Fame in 1987.” (SOURCE) 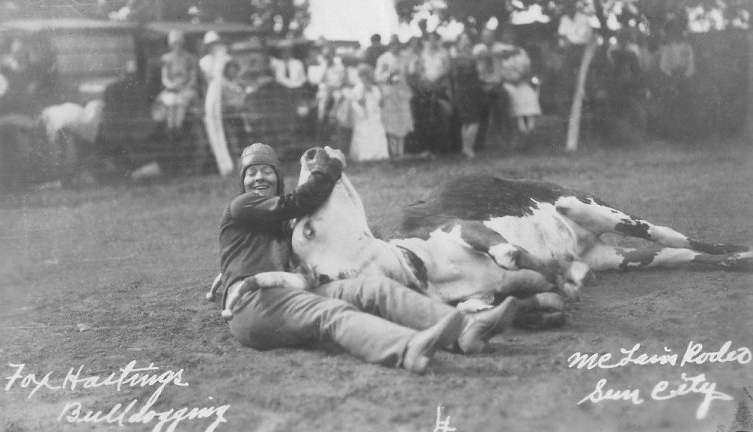 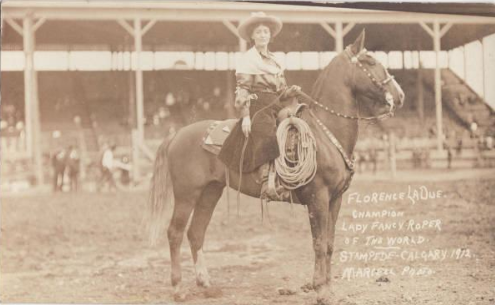 Born Grace Maud Bensel in Minnesota and raised on a Sioux reservation, ‘Flores’ ran away with the circus before joining a travelling Wild West show as a teenager. While roping upside down on a horse in Chicago in 1905, she caught the eye of rodeo cowboy Guy Weadick.  They married in Memphis, Tennessee just a year later.

The couple performed for audiences across North America and Europe before settling in Calgary in 1920. LaDue — less than five feet tall, she could lasso five galloping horses at one time and retired undefeated as World Champion Lady Fancy Roper— undoubtedly played a supporting role in her husband’s plans for the first Calgary Stampede in 1921. (SOURCE) (SOURCE) 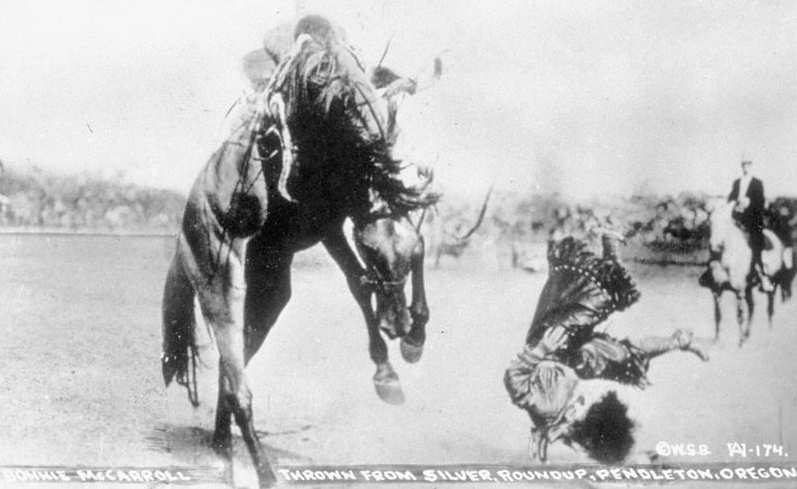 Mary Ellen “Dot” Treadwell McCarroll, born in Idaho, excelled in bulldogging, steer riding, automobile jumping and bronc riding.  In 1922, she won two cowgirl bronc riding championships at both Cheyenne Frontier Days in Cheyenne, Wyoming, and the first rodeo hosted at Madison Square Garden in New York City.  Unfortunately she is most known for her death at the 1929 Pendleton Round-Up.  “While giving a bronc riding exhibition, she was suddenly thrown from her mount, “Black Cat”. The animal turned a somersault upon her. She was rushed to a hospital but died later of her spinal wounds and pneumonia.”

These are just a few of the names that redefined a woman’s role in the sport of rodeo.  There were hundreds more women competing and perhaps thousands doing the sport behind the scenes or just for fun.  Here are a few more fantastic photos. 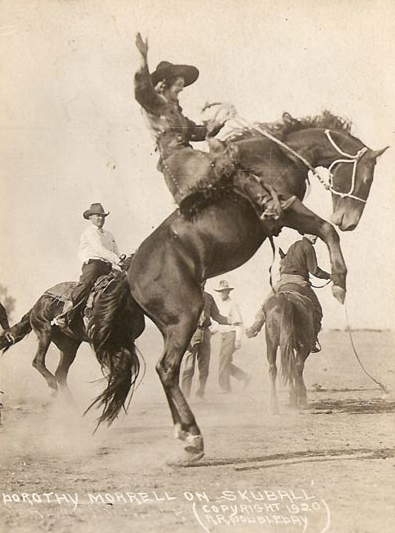 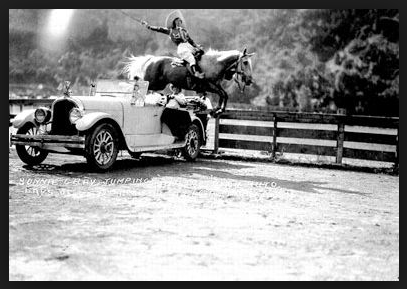 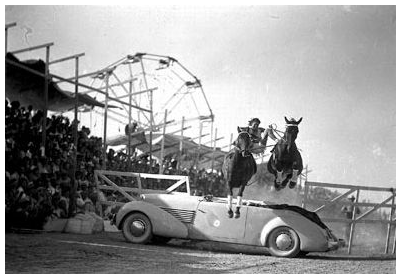 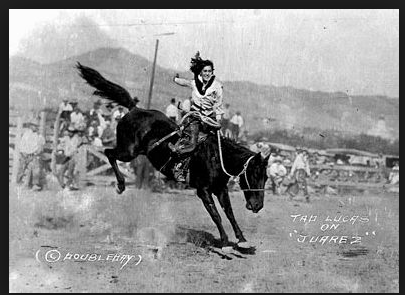 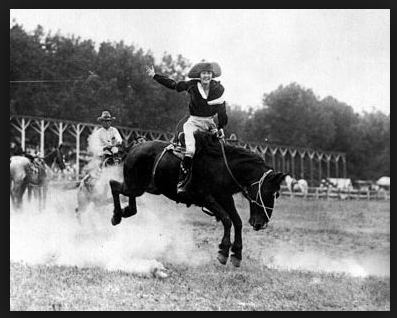