It lasted all of three long, terrifying minutes. Bad Eventer doesn’t regret her decision to turn back, though: “Sometimes you just have to save your life.”

I grew up foxhunting, but hadn’t made it to a hunt in a few decades. 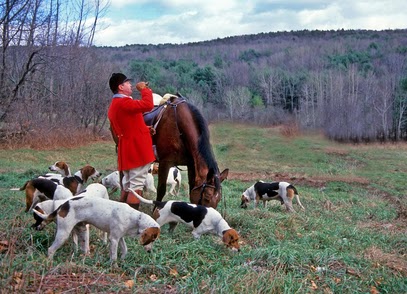 Well, that’s not exactly true I’ve been on ONE foxhunt in the past 20 or so years. The story about THAT adventure made the 2nd Bad Eventer blog post ever. See The Strangest Job Interview for the details.

When I found a hunt close enough to join up with I could hardly contain myself!!

We went up for several “practice hunts” and I was very excited about getting into the hunt field. We practiced everything with the baby horses! Running through the woods, cantering as a group across a field, the horns, barking hounds. We went up several times to practice. 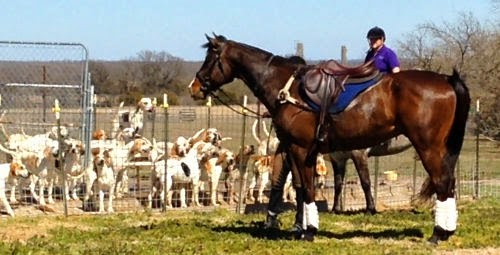 We did our homework.

Unfortunately my timing was a little off and I had just missed the season. The hunt master, being one of the most fun and enthusiastic people I’ve ever met, said, “Name the day! I’ll schedule a hunt Just For You!”

And that… is how Bad Eventer got her very own foxhunt on the calendar.

I always have been the instigator.

Of course this meant we needed partners in crime so we invited everyone! 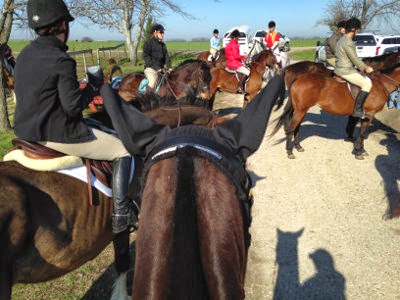 I think we ended up with a field of around 20. Not huge as far as hunts go, by any means, but that’s a lot of galloping horses for a Pet Dragon to contend with. 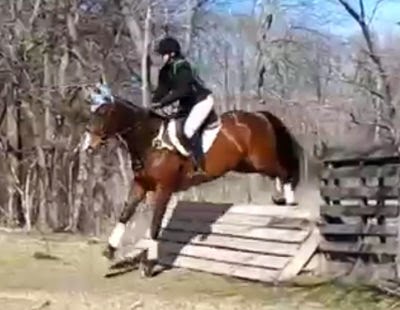 The morning of the hunt dawned chilly and a tad windy but nothing super crazy. I tacked up the pet dragon, and after a small explosion he seemed to settle and I decided to go for it!

As the group was gathering he got a little wound up, nothing super bad but I began thinking maybe I should be riding a different horse. It was a bit too late to change horses, so I put my XC vest on and decided we’d find out how much our homework had worked. 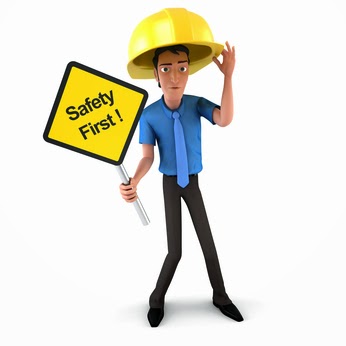 We started out at a slow canter down the road, and he settled in fairly quickly. There were horses cantering in front and behind us and he was relatively agreeable. His big problem has always been SPOOKING and he didn’t look at anything. I started smiling and thought this was going to be a great day. The sun was shining and I was going foxhunting on my favorite pet dragon!

We came to a field and they let the hounds out of the trailer. Though we had practiced with the bugles and the hounds and the cracking whips… all of that commotion combined with first flight galloping off after the hounds was more than poor little Baby Seabiscuit could handle. 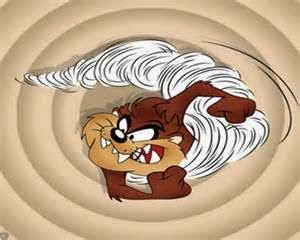 He didn’t do any spooking! Instead, race horse mode kicked in and he galloped off after first flight. (For non-foxhunters that’s the first group of horses that go the fastest — we had planned to stay back with second flight.) I was just an insect up there tugging with all my might. 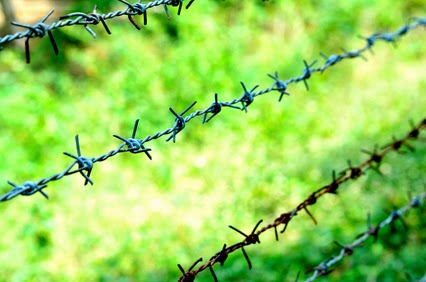 We galloped about 200 meters completely out of control and ran up the rear ends of three lovely drafties who were bottle necking to go through the opening in a fence. There was barbed wire on both sides and Baby Seabiscuit, rather than slow down, made a move to jump the wire fence. As my life was flashing before me and I was re-arranging his teeth to avoid the barbed wire we slid into the drafties in a bit of a rear/buck/tantrum fit.

I did an emergency dismount.

THAT is when my foxhunt ended.

I believe I lasted three minutes. 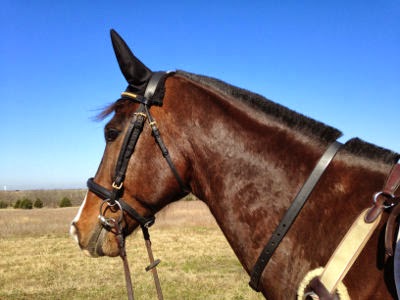 It was about a mile back to the barn, and he did cartwheels around me all the way back. It was a long walk back… I understood what happened with the baby horse, it was just too much chaos, and he reverted to “I’m a racehorse, and I’m supposed to be in front,” but because I chose to ride the wrong horse I was missing my own personal fox hunt. I cried. I admit it.

I briefly considered riding him or doing some ground work around the barn area but then decided that when you’re done, you’re done, so I just turned him out. This is what happened next.

When he jumped THAT wire fence, I knew beyond a doubt I had made the right decision. He would not have hesitated to take me through the barbed wire.

Bad Eventer’s thoughts on Saving your Life right after leaving the hunt field:

Fortunately when I got back, the port was still there! 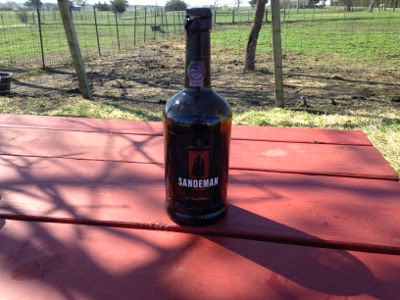