Swayze grew up in Houston, Texas on the rodeo scene, learning calf roping.

But he became enamored with the Arabian breed when he visited Texas’ Gleannloch Farms as a young boy. The first horse he laid eyes on at Gleannloch was the legendary stud Morafic, an event that Swayze claimed was “the reason I fell in love with these horses.” 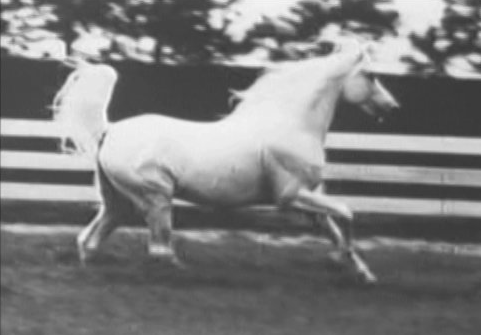 After marrying Lisa Niemi, a veritable horse crazy herself, the couple bought their first Arabian in 1986. In a 1997 article with Desert Heritage Magazine Lisa said, “He’s a Western Pleasure horse, very well trained and after a little training with him Patrick went Top 5 at our first Regional Show, and then Top 10 at the US Nationals – first year!” Patrick commented, “We still have Robert, he’s a wonderful horse to ride.” 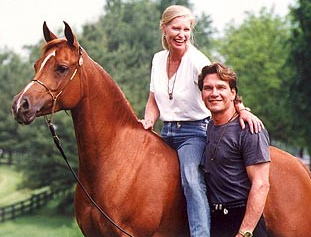 Due to the famous couples busy schedule most of their show horses were kept in Texas with Tom McNair but they took pride in competing them personally at Scottsdale and at the big Region IX show in Dallas/Fort Worth, even obtaining pilot licenses so they could fly to the competitions. 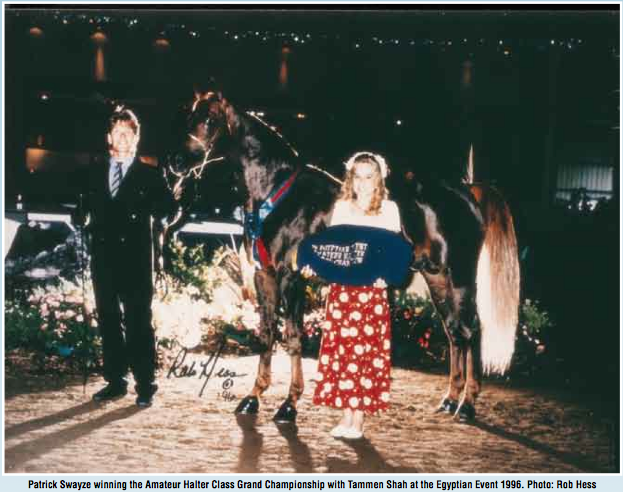 Patrick’s favorite horse was the stallion Tammen (Abenhetep x Talgana) a gift from Lisa and the keystone of Swayze’s breeding program of straight Egyptians with Nazeer and Morafic bloodlines. 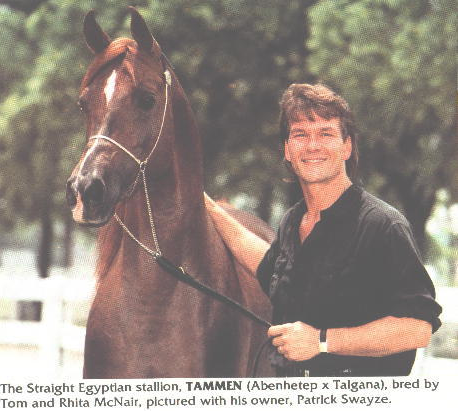 When asked by straightegyptians.com about why he is fascinated with the breed, Swayze answered, “Their beauty. I like the form of the head, the proud trot, the harmonious physique. Everything fits together and is in accord. There is a natural balance in everything. I am a dancer, and I can tell when a body is made with function in mind. A healthy Arabian is built for function! And that fascinates me.” 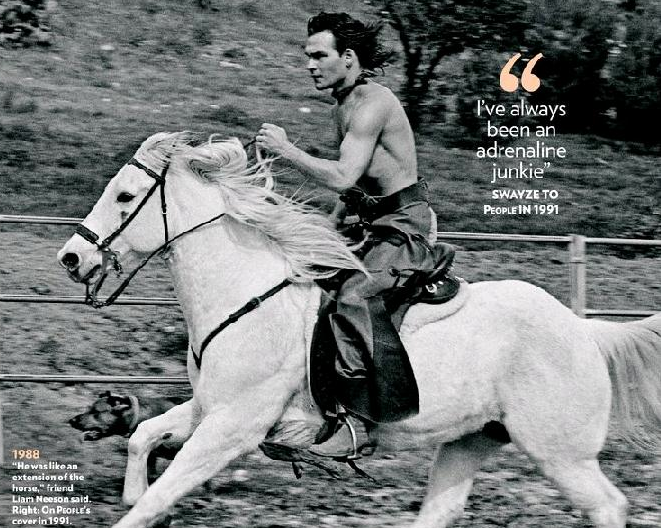 In 2009, Swayze lost his long battle with pancreatic cancer. His final months were spent at his New Mexico ranch with his horses and his wife Lisa. Their white stallion, Kuhaylan Roh (Tammen x Aleeyah), was at the memorial with Swayze’s boots placed backwards in the stirrups.

When asked by Judith Wich in 1997 about their plans for the future, Lisa Niemi said, “Have fun and learn more.”

“And keeping on trying to breed the most beautiful horses we possibly can,” Patrick Swayze concluded. 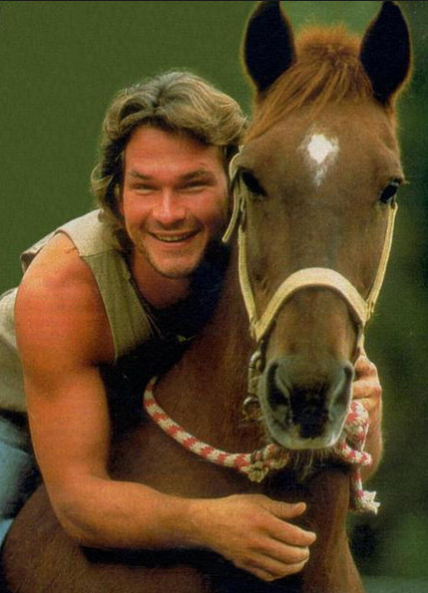