Did you know that the star of the FIRST FILM EVER was a horse? HN film buff Amanda Ronan explains.

Muybridge, born on April 9, 1830 in England, emigrated to San Francisco, California in 1855 during the Gold Rush. He profited as a book seller before suffering horrific injuries in an 1860 stagecoach accident while traveling through Texas. While recuperating Muybridge took up photography as a hobby, and after returning to America, he established himself as a well-known photographer with his collection titled “Yosemite.” 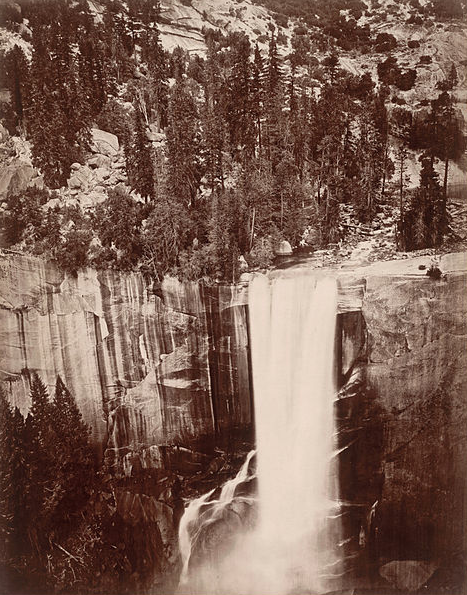 In 1872 Muybridge was approached with a very specific question, “Do all four feet of a horse leave the ground at the same time during the trot and gallop?” The question was raised by former California Governor Leland Stanford, and what would start out as a gentleman’s bet would soon change the course of history.

Up until this time, most artists painted horses at a trot with one hoof always on the ground, and at a full gallop with the front legs extended forward and the hind legs extended to the rear, and all hooves off the ground. 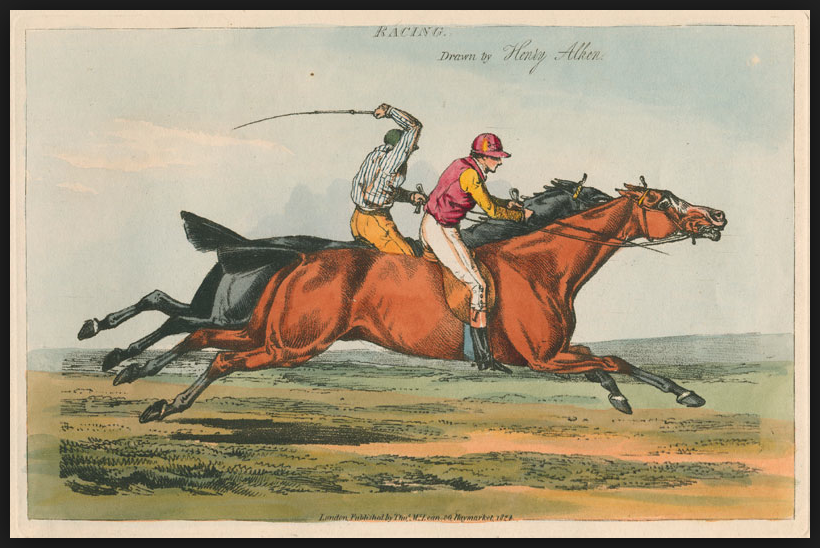 In 1872, Muybridge settled Stanford’s question with a single photographic negative showing his Standardbred trotting horse, Occident, airborne at the trot. Sadly, the image was lost.

Between 1872 and 1878, well, Muybridge was a little preoccupied. He fatally shot his wife’s suspected lover point blank. His defense attorney pleaded insanity due to the severe head injury that Muybridge had suffered in the 1860 stagecoach accident. The jury dismissed the insanity plea but acquitted Muybridge on the grounds of “justifiable homicide.” The event interrupted his horse photography studies, but not his relationship with Stanford, who had arranged for his criminal defense. Hmmm….

Finally, in June 1878, Muybridge planned to take a series of photos at Stanford’s Palo Alto Stock Farm to settle the bet. He placed numerous large glass-plate cameras in a line along the edge of the track; the shutter of each was triggered by a thread as the horse passed. The path was lined with cloth sheets to reflect as much light as possible. He copied the images, in the form of silhouettes, onto a disc to be viewed in a machine he had invented, which he called a zoopraxiscope.

The horse was named Sallie Gardner and she is now known as the star of the First. Film. Ever.  The study also definitively proved that a horse does have a moment in the gallop with all hooves off the ground. This did not take place when the horse’s legs were extended to the front and back, as imagined by 19th century illustrators, but when its legs were collected beneath its body as it switched from “pulling” with the front legs to “pushing” with the back legs. 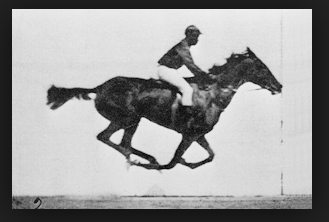 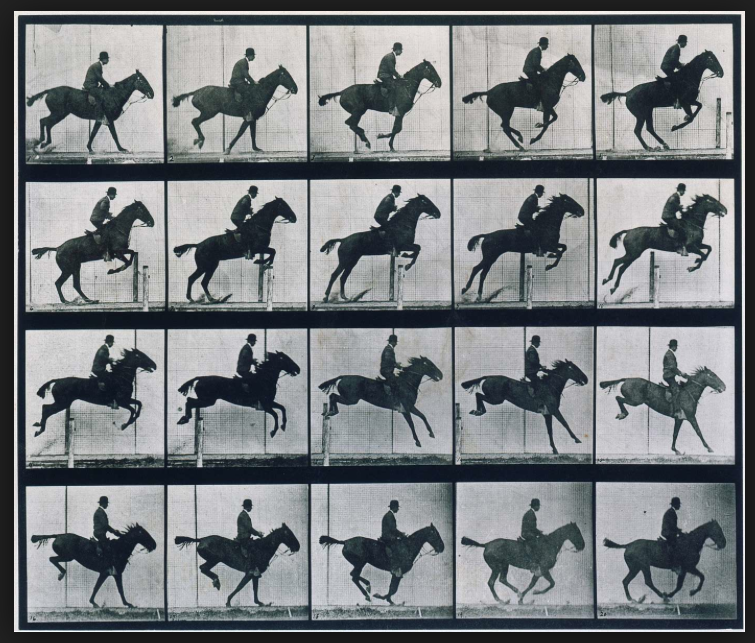 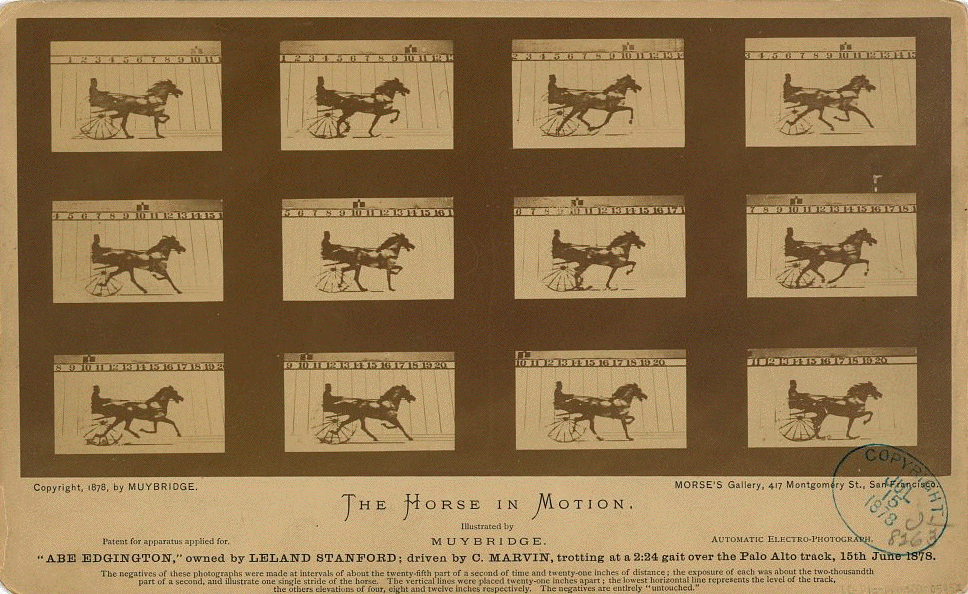 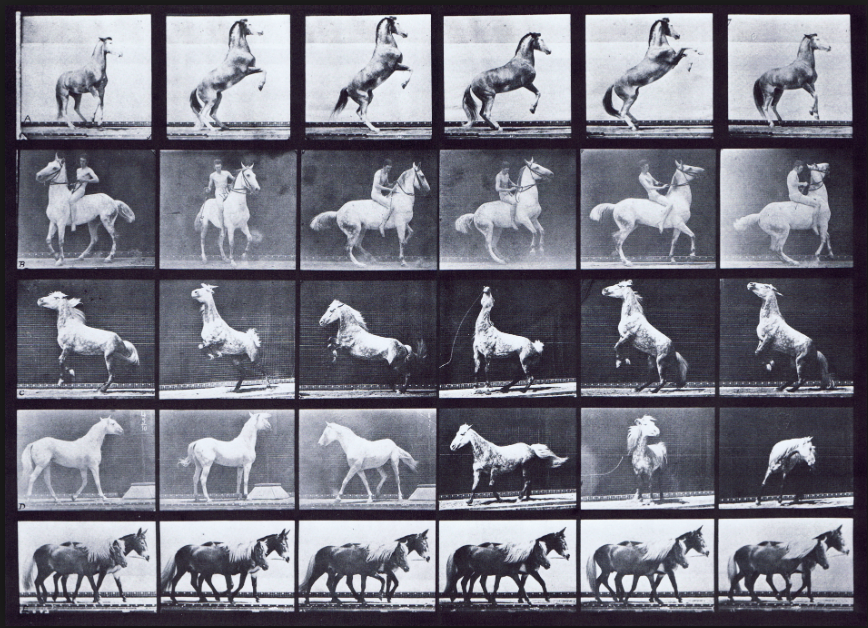 As the technology improved (he owned several patents for his inventions) Muybridge went on relentlessly to capture the motion of more domestic and wild animals, as well as human subjects. 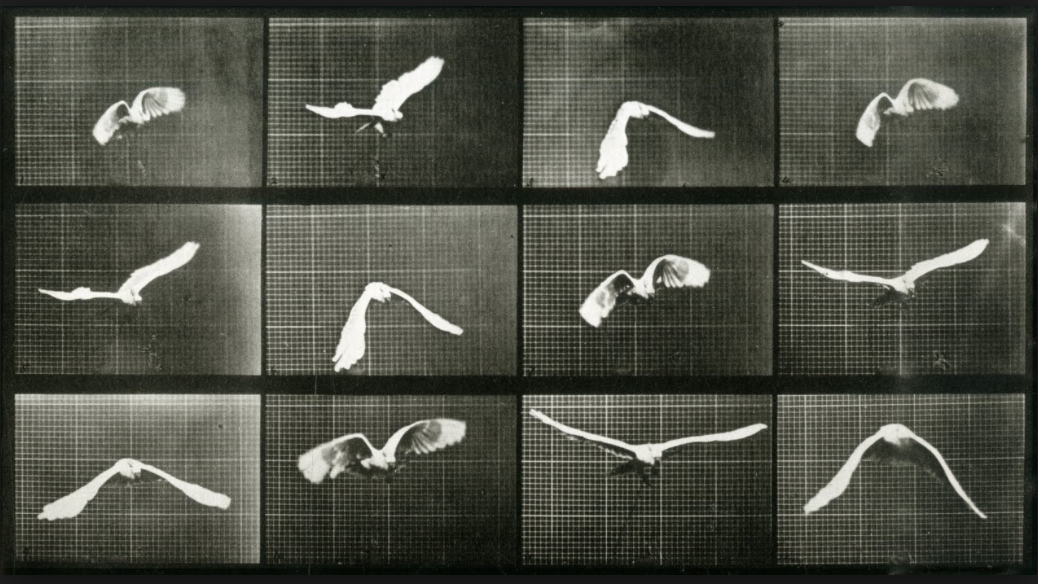 His photographic sequences are now used worldwide for scientific studies, artist’s reference books, and general curiosities… like when it was a Google search bar in 2012, but it all started with one little horse bet.