Have a goal in mind for 2014? No matter how lofty, Biz Stamm has some advice for achieving it: Get yourself a notebook.

Hey there, Horse Nation. ‘Tis the season for self-improvement and goal setting on a grand scale. Millions of people will pledge to be healthier and many of us equestrian types will resolve to up our game in the saddle. I know I will be doing both of those things. Up until a couple years ago I had this habit of buying a new notebook each time I set a new goal. 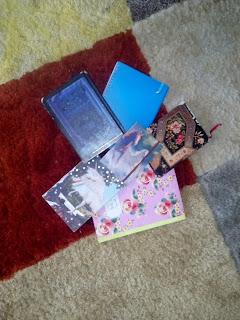 In these notebooks I would track my progress as I pursued my goal. The first few pages were always filled with meticulous records, detailed notes, and often, inspirational doodles of happy ponies. 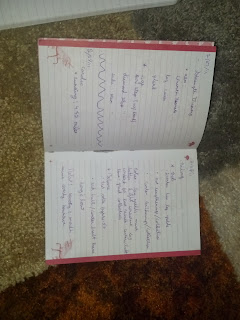 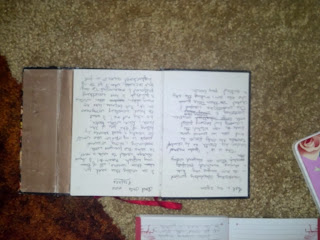 and then… they’d stop altogether. 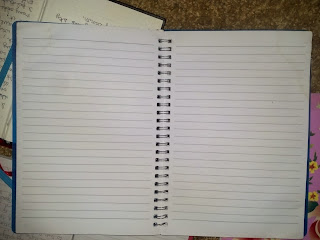 I recently stumbled across my last notebook. A plain and simple journal. This notebook was obviously purchased when I was in a bit of a dark place. I was in the process of finishing my thesis and was dealing with a major professor that took immense joy in demoralizing her students. Despite the fact I got this notebook with the sole intention of recording my thoughts and feelings, the topic of “goals” crept quite conspicuously into the very first entry. I guess my brain is just very goal-oriented.

I bought this new notebook because there is something so rejuvenating about a real, physical blank slate. Blank slates are something I seem to need a lot in my life. As a result, I have a house filled with half-filled notebooks with the scrawlings of goals never achieved. Souvenirs from the place where dreams go to die.”

Ugh. I promise, I’m typically not such a drama queen. At the time I saw these notebooks as evidence of my failures, and looking back I still believe that to be the truth, but in a much less depressing way. The difference is I now understand that my successes in life are built on the backs of my failures. Each time I falter when reaching for a goal, I learn valuable lessons on what not to do which aid me in my next attempt. The only true failure comes with not trying again. So as I look forward to 2014, I will still reach for the sky. What I won’t do is allow myself to be crippled by the fear of failing, because hey. That’s just part of the game. With that being said, I’m off to buy a new notebook!

Biz Stamm is the 29 year old trainer and instructor of Stamm Sport Horse, LLC, specializing in pure dressage, as well applied dressage for riders involved with other disciplines. Originally haling from Hudson, NH,  She is now living in Corvallis, OR. Biz started riding lessons at the age of 6 years old when the Dr. recommended that it may help with her bad balance and lack of coordination. While she is fairly coordinated and balanced on a horse these days, she is still somewhat of a mess on her own two feet.

… and her personal horse, Alpha Helix, a 2 year old Kiger mustang gelding.  Biz has had Helix since the day he was weaned, and considers him her “heart” horse.

Biz is also the proud owner (more like ownee!) of a 5 year old standard rex bunny named Pi Rex Rufuse (Get it!?  Pi r-squared!!!). Biz has always wanted to have some sort of mini horse to live in the house, and since the current landlords won’s allow any kind of equine on the property, Biz opted for a rabbit, which evolutionarily speaking, is very closely related to the horse.

After getting a Masters degree in Plant Pathology, and pursuing a career in the scientific world, it became clear to her that she was only truly happy when she was interacting with, or talking about horses (and sometimes rabbits). Now that she is riding full time, Biz still keeps her scientific training close at hand, focusing on correct biomechanics and physics involved in riding.